For some time now, the story of a robot who has to collect leaking oil with his arm and put it back in place to “survive”, in Tikotak and twitter It has made a lot of noise. Some are affected by the tragic fate of this robot, whose end in vain efforts to survive is nothing but “death”; But others ridicule the robot and the people who feel sorry for the inanimate object.

The story seems to have started with a Facebook post in November; The person who shared the photos of this robot in his profile wrote in his explanation:

No work of art has ever impressed me so much with this robotic arm. Called Can’t Help Myself, the robot is designed to collect hydraulic fluid that leaks out like endless bleeding to keep it afloat.

The story continues to get even sadder. The robotic arm, while trying to survive, was programmed to amuse visitors by watching the rhythmic movements of those standing around its glass cage.

This Facebook post, which later spread to TickTock and Twitter and went viral shortly, explains that when the robot was first unveiled in 2016, it danced happily and spent most of its time interacting. Spends time with visitors; Because the rate at which the hydraulic fluid returned to survive was faster than the rate at which it leaked. However, after three years, he became tired and helpless and lost so much “blood” that he no longer had time to dance and entertain people.

The robot could now only spend the last days of its life in the endless cycle of surviving and dying at the same time, finally helpless and hopeless, and this sad story finally ended with the end of the robot’s oil and “death” in 2019. Rarely does an adventure in the world of robots and machines have such emotional and profound feedback. Many of us are either indifferent to robots and see them as nothing but scraps of metal and plastic and lots of wires and binary codes whose only job is to make modern human life easier, or we have a very negative view of them and worry that in the future, these horrible robots Usefully take control of the world and confront human life on Earth with a robotic apocalypse.

Now the tragic story of a robot trapped in a vicious circle to survive and forced to entertain others while fighting for survival has hurt the feelings of many Internet users. Even the name chosen for this project, “Can’t Help Myself”, has a heavy emotional burden.

The virtual meaning of the robot is “it is not my hand” and it refers to the fact that this robot is a slave to codes that have been written for it and has no will of its own, and all its movements, even its futile attempt to survive, have been written by humans. They look at art projects. It should be noted that the literal meaning of this robot is “I can not help myself”, which indicates helplessness and despair, and at the same time the strong desire of this robot to survive.

Can’t Help Myself’s project is more of a work of art than a field of technology, and it depicts aspects of our psychological dimensions rather than explaining itself. This project is nothing but an industrial robot made of stainless steel and rubber similar to the robots used in production lines and have machine vision sensors and a wall made of polycarbonate with aluminum frames.

It goes without saying that the “blood” that collects under the robot is not hydraulic oil; Rather, it is a compound of cellulose ether thickening powder in colored water and has no role in the life and death of this robot. In fact, if you ask the artists about this concept, they will not talk about the crisis of robots and will say that the robot’s repetitive movements to collect this red liquid around it, reflect the policy of governments in demarcating spaces and cultures and increasing use of technology for monitoring. It is all around us.

Can’t Help Myself project by two Chinese artists named Sun Yuan And پنگ یو It was built in 2016 by order of the Guggenheim Museum in New York. The robot was one of the most controversial works at the 2019 Venice Biennale in Italy, where the two artists’ robot, while trapped inside clear acrylic walls, was tasked with keeping the red liquid concentrated within a specified range. Whenever the robot’s sensors noticed that the fluid was out of range, it quickly returned the fluid to its place with its arm, which resembled a giant paintbrush, so that a full circle of blood would always form around it.

The two artists had previously made headlines in 2003 with “Dogs That Can’t Get Together.” In this film, two pit bulls on a treadmill try to run towards each other and wrestle with each other; But this never happens; Because the treadmill kept moving them apart. When the Guggenheim Museum attempted to display the work, it was widely protested by animal rights activists, and thus refused to display it.

The Can’t Help Myself project is also a psychological experiment that puts the audience in a position to judge and examine their emotional reactions to something they may not have thought of before seeing the robot. Some people saw this robot and remembered an animal in a cage; Others find themselves trapped in a system that paradoxically has to lose part of their energy and life every day to survive; Others may even reconsider the human relationship with robots, and the lack of intellectual independence in robots is just as annoying to them as their self-awareness.

However, this robot is “not his own hand” and all his movements, from dancing to trying to collect the red liquid around him, are written in his code and he is doomed to continue this cycle forever or at least until the request of its owners. Shaoyu Wong“The goal was to make the robot look more like a human being stuck in motion, while at the same time making other people watch it,” said the former Guggenheim exhibitor, on a website that introduced the Can’t Help Myself project. Force vain movements. Wang then asks a question for which there is probably no simple answer:

In this situation, who is in a more vulnerable position? The man who built this car or the car that man controls?

Nvidia Chief Financial Officer: GPU shortage will be reduced in the second half of 2022 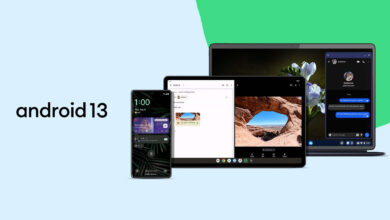 Google released the final version of Android 13 for Pixels 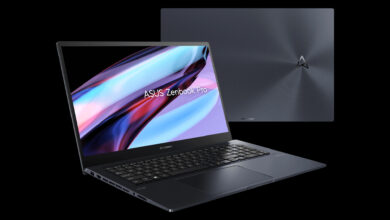 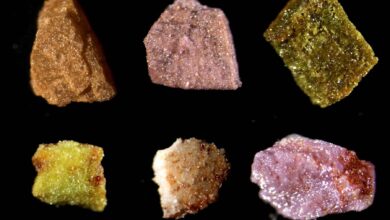 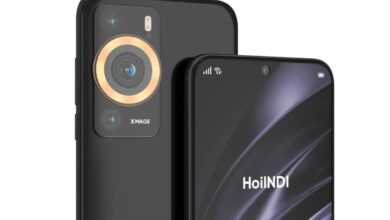