While the Apple Watch 7 is available for purchase, we now turn to the Apple Watch 8 and think about what features this smartwatch could have. Apple’s seventh generation smartwatch impressed many with its various features; But this gadget does not have some of the features we expected. For this reason, there are still features and capabilities that Apple’s smartwatches did not come with.

According to tomsguide, every year since the release of the original model, Apple introduces a new version of its best smartwatch. Therefore, it is very likely that the company is working on the next version of the Apple Watch 7. Not much information has been released about the Apple Watch 8 yet; But rumors that did not come true in the previous generation may come true with Apple’s latest smartwatch.

At the moment, we know that Apple is still planning to redesign the flat edges that many people expected. The company could also bring a new health sensor to the Apple Watch 8; Because the Apple Watch 7 hardware can make more progress in this area. WatchOS 8, meanwhile, can host more workouts.

However, we are still curious to see what lies ahead on the Apple Watch product line. This device can have a great impact on smartwatches in the world of technology; So, it’s worthwhile to take a look at the rumors circulating about the Apple Watch 8 and even its operating system.

The latest rumors and news from Apple Watch 8

When it comes to smartwatches, what’s inside the device is as important as its appearance. As a result, we hope to see improved fitness features and more advanced health tracking hardware. So far, rumors have been circulating about this part of the new generation Apple Watch, which points to features such as blood sugar monitoring.

The appearance of the Apple Watch has remained virtually unchanged since the launch of the first model in 2016; But in the seventh generation, we saw changes to fit a larger display on the curved chassis. However, if the Apple Watch 8 gets the updates we were supposed to see in the seventh generation, it could bring the design language of new smooth-edged iPhones to the company’s smartwatch world.

One of the famous revelators of the technology world called John Praser Earlier this year, he shared several renders in cyberspace showing Apple watches with flat sides. He said the design was not necessarily for the seventh generation and could be seen on future generations of the Apple Watch. Before the introduction of the Apple Watch 7, another set of images was released showing the redesign of flat edges. CAD renders The leaks showed a perfectly flat design in all parts of Apple’s smartwatch. Features we would like to see in the Apple Watch 8

The Apple Watch’s battery life has been rated at 18 hours for several years now. While the company has added a number of features to its product in recent years, Apple still has to charge its smartwatch every night. Perhaps with more battery capacity and a more efficient processor, the Apple Watch 8 will take longer to turn on than previous-generation models.

Of course, we hope for this to happen every year; But Apple does not. There were even several rumors about increasing the battery life of the Apple Watch 7; But in the end this did not happen. The Apple Watch 8 may be the model that will eventually force Apple to use a larger battery.

According to Bloomberg, Apple is working on a skin temperature sensor on the Fitbit Sense Can be found. According to the Wall Street Journal, 2022 is targeted as the time to achieve this capability. However, using it on smartwatches requires new hardware that can monitor body temperature.

Rumors have been circulating for some time about the addition of a blood sugar sensor to Apple’s smartwatches. In another part of the Wall Street Journal report, it was written that Apple intends to monitor the user’s skin temperature, as well as monitor his blood sugar so that he can help diabetics with his smartwatch.

Currently, there are third-party apps that do this aggressively; But Apple is reportedly studying non-invasive methods for measuring blood sugar. A recent report on DigiTimes Published, further confirms thisندکند. In this article, it was claimed that Apple is trying to create short-wavelength infrared sensors that can monitor users’ blood sugar levels.

For some time now, along with rumors about blood sugar, there have been speculations about the Apple Watch’s blood pressure monitoring system. Shortly before the introduction of the Apple Watch 7, ‌ it seemed that Apple was ready to introduce its health sensor; But in the end this did not happen.

Samsung is still trying to get FDA approval for the blood pressure control sensor on the Galaxy Watch 3 and Galaxy Watch 4. The Apple Watch will not be able to add blood pressure monitoring to its smartwatches unless it can obtain the necessary certifications from related organizations.

Rumor has it that the next generation Apple Watch could switch from OLED to MicroLED. This type of panel can make the Apple Watch slimmer and less energy consuming. MicroLED displays provide better brightness and do not have the common problems of traditional OLED panels. In other words, this new display can not only provide a better image, but also help increase the battery life of the Apple Watch. The current Apple Watch biometric system is very simple. If you have a password, you need to type it every time you put your Apple Watch on your wrist. Given the amount of information that may be available on a smartwatch, a stronger security system seems like a good and logical option, and users will surely welcome it.

As long as the Apple Watch gets a native selfie camera for FaceID, TouchID seems like a good solution. Perhaps a small fingerprint sensor can be added to the button next to or even below the Apple Watch display.

Although the Apple Watch 7 has grown in size from 40 and 44 mm to 41 and 45 mm, some users still like their smartwatch to be larger. Current sizes can cause some users to have trouble working with Apple smartwatches.

Growing an Apple Watch is not only good for customers, it can also help the manufacturer. Adding a few millimeters to the Apple Watch may not seem like a big change; But it can allow the company to add things like microphones and speakers or a more powerful processor to its smartwatch.

Finally, it must be said that there is still time left until the introduction of this product, and we will surely see more rumors about the Apple Watch 8. What do you like about Apple’s next smartwatch?

Qualcomm and Google collaborate to optimize artificial intelligence in smartphones

Taliman; A dedicated telescope to discover Earth-like planets in the Alpha Centauri system 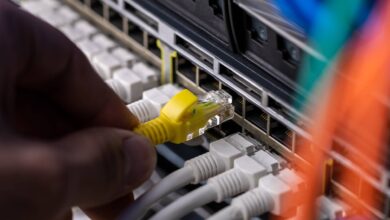 Member of Parliament: Legalizing virtual space is significantly different from closing and limiting 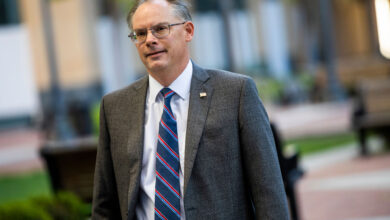 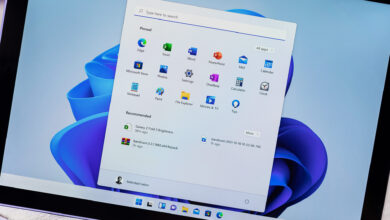 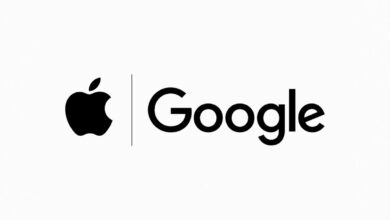