The new MacBook Air M2 is finally on the market. Some buyers of this product have to wait another month to buy it; But the laptop is now shipping to people who pre-ordered it. iFixit also has access to this device, as always, it has prepared its video dissection to see what new parts have been added to it and what changes it has made compared to the previous generation.

iFixit has already published the video dissection of Apple’s new MacBook Pro M2, which, unlike the MacBook Air, except for the new chip, other components remained almost unchanged compared to the previous generation. Using an X-ray image, iFixit revealed that one of the major changes to the new MacBook Air is the placement of its speakers. Previously, the speakers were located on the left and right side of the laptop, and now their position has been changed to the top of the keyboard; so that they are hidden between the frame and the screen. Removing the lower case of MacBook Air M2 is easier than the previous generation of this product; Because now instead of 10 screws, it has only four screws. This change helps simplify the minimalist design of this laptop; But it has nothing to do with making the device easier to repair. Most of the board and battery connectors of this laptop are hidden and protected by covers; But it is not so difficult to separate them.

The main board of the MacBook Air M2 is protected by a metal layer, and it is not surprising that the dimensions of this board are very compact. Looking at this board, it seems that an iPad is placed in this Mac, which is somewhat true; Because Macs and iOS devices now use Apple’s proprietary chips with the same architecture. In addition, the parts are soldered to the main board of the device and cannot be easily replaced.

Apple has already confirmed the use of a slower SSD in the MacBook Air M2, and the base model of this laptop comes with a 256GB NAND chip. Just like the new 13-inch MacBook Pro, this device uses a weaker SSD compared to models equipped with two NAND chips.

Another point is that Apple uses its new Thunderbolt 3 driver; While this driver was previously provided by Intel. Also, the MacBook Air M2 is equipped with a USI chip for Wi-Fi and Bluetooth and an accelerometer. If you are not familiar with the accelerometer, we must say that this sensor is used to detect movement.

We still don’t know why Apple used this sensor in the MacBook Air. Maybe this feature has been added to this product to provide features that are not yet available to users. Also, it is possible that Apple will use this sensor to detect if the laptop has been accidentally dropped.

iFixit points out that the MacBook Air M2 lacks a heat dissipation system; Therefore, it relies exclusively on thermal adhesives and graphic tape to dissipate heat from internal components. Some recent tests have shown that this laptop gets hotter in some situations compared to its M1 model, and apparently this may be a problem for some MacBook Air M2 users when performing heavy tasks.

The 52.6 watt-hour battery is attached to the MacBook Air M2 frame with stickers, and the trackpad is easily removed. So, in summary, this laptop has a giant battery, a large trackpad, and a very compact board with all the parts soldered onto it.

Is the MacBook Air M2 repairable?

Although it is possible to replace some parts of the new MacBook Air M2, doing so is not exactly foolproof and requires the right tools. Of course, users cannot replace parts such as the processor or SSD; So, here we are talking about battery, trackpad, speakers and keyboard. 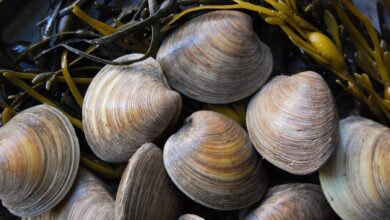 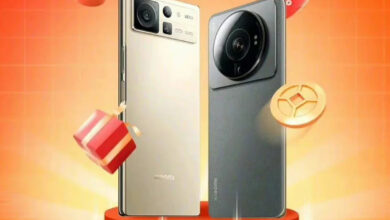