Over the years, chip makers in every sector of the industry have tried to take advantage of less lithography than competitors; A simple formula that can dramatically increase performance and reduce power consumption, and even Intel, which has remained flat at 14 nanometers for years, is finally in the twelfth generation of processors. desktop Surrendered and increased lithography from 14 to 10 nanometers; A change that led to significant improvements in performance and efficiency.

Unlike Intel, other companies such as AMD, Nvidia and Apple must seek help from companies such as TSMC to achieve their lithography reduction goal; This was predictable for TSMC; The Taiwanese have set up their 2-nanometer production facility on the ground after Junke Park in Taichung, according to wccftech, after launching a production line for 3-nanometer chips.

The financial cost is not the only challenge of producing a new factory, and the necessary space and land must be available. According to Phonearena, the Taiwanese company TSMC, in order to build a factory in Taichung, during negotiations with the mayor of Xi Yin Lu, is required to comply with the regulations, according to which “if the price of land in Taichung is damaged and falls, the project cost will reach $ 36.2 billion”; But other officials, regardless of job opportunities and economic benefits, remain concerned about potential environmental problems; There have been previous reports of environmental restrictions on TSMC products, such as the Taiwan water shortage crisis.

Last Friday (1400-1300), Dr. Wei had a live talk with Mayor Lu, during which, after discussing employment and the economic benefits of setting up a 2-nanometer TSMC chip plant in Taichung, the city mayor used the use of renewable energy to build And recommended factory activity. At the end of the meeting, the TSMC CEO downplayed his conversation with the mayor of Taichung, saying that no plans to set up a 2-nanometer chip factory had been finalized, and that the two had only talked about the TSMC wafer factory, which is still active. The TSMC CEO said in another statement:

Due to the excellent climatic and geographical conditions of Taichung, this city is the right choice to expand the production capacity of TSMC.

Taiwanese media, looking at the list of TSMC CEO’s associates, including production operations manager and organizational planning director, speculate that the focus of TSMC executives’ dialogue with the mayor of Taichung is the establishment of the second 2-nanometer chip production unit in Taichung. What casts doubt on the recent meeting goes back to the fact that the TSMC CEO had not previously spoken to any of the local authorities in the cities where the TSMC plants are located in the same areas.

The main factory of 2-nanometer products in Shinshu

After TSMC was convinced that a second plant would be needed to produce 2-nanometer chips, Taichung’s many facilities, including large shopping malls, hospitals and schools, would make the city an attractive option in the eyes of the Taiwanese tech giant; But it is possible that the main factory will be located in Shinshu to produce 2-nanometer products. Taichung is not the only city with good access to vast water resources (one of the most important resources for TSMC production).

The main plant for the production of 2-nanometer TSMC products in Shinshu needs about 100,000 cubic meters of water per day, about 75% of which is supplied from the city’s own water resources. To prevent defects in the chips, they are produced in clean, impurity-free chambers. All water resources used must be completely clean and free of any unwanted elements, and this concern has prompted Shinshu officials to seek more details on the TSMC’s new water recovery program to prevent water loss.

TSMC, like Samsung, is expected to face a massive order of 3nm in the second half of 2022; The Taiwanese, meanwhile, have postponed much of their 2nm production to 2025. As lithography decreases, more space is left for the transistors, which also increases their number, thus reducing consumption and increasing ultimate performance and efficiency.

It seems that by 2025, there will be enough opportunity to normalize the situation of the chip consumer market; But there are still major shortcomings and problems in consumption that even with the development of manufacturing technologies and growth in production capacity, it may not be possible to easily produce the desired product in the years before 2020.

One of the most important parts of the chip industry is the graphics card, which is still facing a crisis of shortage and abnormal prices. This problem, albeit less severe, has plagued ninth-generation consoles and subsequently the smart car line, exposing a wide range of regular market consumers to the mining fever and temptation of profiteers.

It remains to be seen whether production capacity will increase enough to meet the needs of all consumers and the endless appetites of miners, or whether in the last three years, with the decline of digital currencies such as Atrium, producers will need less natural resources to meet demand. 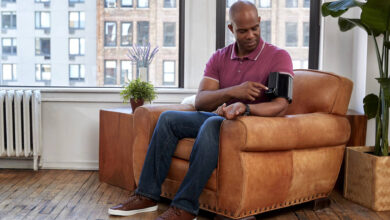 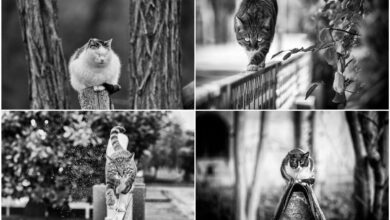 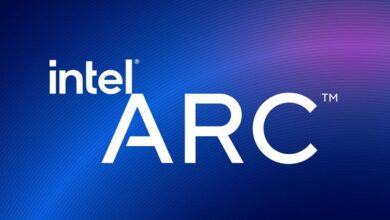 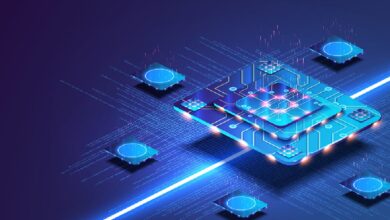 Borealis quantum chip, computing requires 9,000 years in a fraction of a second