Thomas Edison was opposed to sleeping. In an interview published in Scientific American in 1889, the energetic inventor of the light bulb claimed that he had never slept more than four hours a night. To him, sleep was a waste of time. However, Edison used napping to stimulate his creativity. The inventor is said to be napping with a ball in each of his hands, imagining that if he falls asleep, the balls will fall to the floor and wake him up. In this way, he was able to recall thoughts that come to mind when we fall asleep but often do not recall them.

Sleep researchers now say it may have been to Edison’s advantage. A new study recently published in the journal Science Advances reports that we have a brief period of creativity and insight in a translucent state that occurs just when we are falling asleep. This stage of sleep is called stage N1 or stage one of NREM (sleep without rapid eye movement) sleep.

The findings suggest that if we can control the threshold state between sleep and illness (called the hypnagogic state: the state of transition from wakefulness to sleep), we may be able to remember our clear ideas more easily.

Inspired by Edison, Dolphin Audit of the Paris Institute of the Brain presented math problems to 103 participants with a secret law that helped solve them much faster. Sixteen people who quickly discovered the clue were excluded from the study. The other 20 minutes were rested and asked to lie down while holding an object in their right hand. If the body fell, they were asked to report what they thought before leaving the body.

During the break, participants underwent a polysomnography (multiple sleep test), a technology that monitors brain, eye and muscle activity to assess a person’s waking state. In this way, the researchers were able to determine which participants were awake instead of stages N1 or N2 (the next stage and slightly deeper than sleep) based on brainwave activity.

After the break, math problems were presented to the study participants again. People who fell asleep in stage N1 were almost three times more likely to discover the hidden law than those who stayed awake throughout the experiment, and almost six times as likely as those who went to stage N2. Of course, this moment of discovery was not immediate, but occurred after several attempts to solve a mathematical problem that is consistent with previous research on insight and sleep. On July 19, 1921, Thomas Edison took a nap under a tree in Maryland. In the background, President Warren Gamaliel Harding is reading a newspaper near the seat of Harvey Firestone, an American businessman and founder of the Firestone tire company.

On whether Edison’s technique of holding the ball was effective, the new study found its effectiveness to be unbelievable, and participants were instead given a small bottle to hold. Of the 63 participants who dropped the bottle when they fell asleep, 26 did so after N1 sleep. However, the findings show that we have a creative opportunity just before going to sleep.

Like Edison, Audit says his personal experience with sleep inspired the study. He says:

I have always had many hypnagogic experiences; Dreamy experiences that have fascinated me for a long time. I was surprised that almost no scientist has studied this course in the last two decades.

A study published in 2018 found that a short period of “silent rest” increased the likelihood of discovering the same mathematical law used in the Audit test. Penny Lewis, a psychologist at Cardiff University in Wales, suggests that both REM sleep (the stage of sleep in which our eyes move and most of our dreams occur) and non-REM sleep work together to encourage problem solving.

However, Audit says he has not seen any other research that specifically addresses the effect of sleep initiation on creativity. However, he cites many historical examples of this phenomenon. He says:

According to legend, Alexander the Great and Albert Einstein probably used the Edison technique. Some dreams that have inspired great discoveries can be more hypnotic experiences than nightmares.

One famous example is a chemist named August Kokole, who discovered the structure of benzene rings in a half-asleep state after seeing a snake biting its tail. Surrealist painter Salvador Dali also used a version of Edison’s method: when he fell asleep, he held a key on a metal plate so that when he fell asleep, he would wake up when the key fell. This work apparently inspired his artistic imagination and illustration.

“Adam Har Horowitz of the Massachusetts Institute of Technology Media Lab, who developed the technology to interact with the hypnagogic process but did not work with the Audit team,” said

This study provides concurrent insights into awareness and creativity. More importantly, it is a study that you can test yourself at home. Hold a metal object, focus on a highly creative issue, and see what discoveries you can make.

According to Jonathan Scholer, a psychologist at the University of California, Santa Barbara, who also did not participate in the project, the new study does not necessarily prove that anyone can explore and discover something creative during this early stage of drowsiness. He says being in this desirable area may only rejuvenate the participants and make it easier for them to solve the problem.

But Scholar acknowledges that there may be a very strong issue in the study’s findings. He says:

New results show that there is a creative sleeping point where people are asleep enough to access elements that are not available to them when they are awake, and yet their sleep is not as deep as these elements. Forget.

Despite its reputation as a period of brain blackout, sleep is a very neurologically active process. During sleep, brain cells are fired, helping to reactivate and store memories, and seem to allow us to stimulate our mental creativity.

Audit hopes not only to confirm his findings in future research, but also to determine whether focusing on the hypnagogic state may help us solve real-world tasks and problems by harnessing the creative potential of the sleep-wake threshold.

In addition, he and his team are exploring the potential of a brain-computer relationship to accurately identify the patterns of brain waves associated with the onset of sleep. This can help determine when people need to wake up to come up with creative ideas. Audit says:

We can even teach people how to voluntarily get creative. Imagine making sounds when people are getting to the desired position, and making other sounds when they are falling into a deeper sleep. Such an approach can teach them how to identify the creative state and how to achieve it.

The best images from the "Travel in the World" challenge 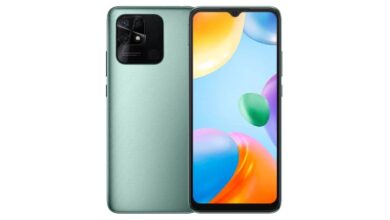 Poco C40 with 6000 mAh battery will be introduced soon 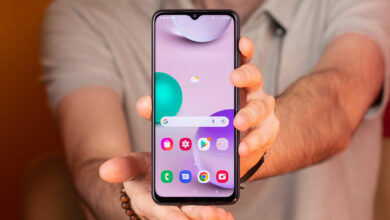 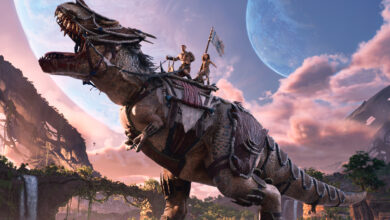