The VideoCodes website has released the first images of AMD’s smallest RDNA 2 graphics processor, the Navi 24. The processor will ship with 20 new AMD graphics cards, the Radeon RX 6500 XT and the Radeon RX 6400 in 2022.

According to the wccftech website, the AMD Navi 24 RDNA 2 GPU is currently the smallest chip in the Radeon RX 6000 family, with an estimated 141 mm2. This processor is basically half of the Navi 23 GPU and is designed for basic discrete graphics solutions such as the Radeon RX 6500 XT and Radeon RX 6400. The chip will also be the first processor to use the 6-nanometer TSMC process. The AMD Radeon RX 6500 XT graphics card will use the Navi 24 XT graphics processor. Known internally at AMD as the Beige Goby, this GPU will actually be the smallest RDNA 2 series GPU, and will also use the SDMA engine. The chip will have two shading arrays for a total of eight WGPs and a maximum of 16 computing units. In addition to the number of cores, each shading array will be equipped with approximately 128 KB of L1 cache, 1 MB of L2 cache, and 16 MB of infinite cache (LLC). AMD Navi 24 RDNA 2 GPUs will be used in the 64-bit bus interface and in the cheap Radeon RX 6500 or RX 6400 series components.

The bandwidth of this card will be 128 GB / s; But AMD has a new marketing name for total bandwidth (including Infinity Cache) which is 232 Gbps. The AMD Navi 24 is expected to be tuned to a very high operating frequency, even exceeding the 2.8 GHz barrier.

The AMD Radeon RX 6500 XT graphics card will have 1024 cores and 4 GB of GDDR6 memory. This graphics card can not be used in any of the digital currency extraction algorithms, especially Atrium. Power Consumption (TDP) The more powerful model of this graphics card is equal to 107; For this reason, it needs external power connectors to operate. This model is expected to be released on January 19, 2022 (December 29, 1400); Therefore, it can be said that AMD will probably unveil this graphics card at CES 2022.

The second graphics card in the Navi 24 RDNA 2 series, the AMD Radeon RX 6400, will be released. This product is based on the weakened XL chip and uses 768 cores. This card is equipped with 4 GB of GDDR6 memory and its operating frequency will be less than the previous model; Of course, it is said that the operating frequency of this model will be set in the range of 2.5 GHz.

It is reported that the power consumption of the RX 6400 will be equal to 53 watts, and thus, it will not need an electrical connector to start. In addition, the standard bandwidth of this model will be 112 GB / s and its IFC will be 232 GB / s. While the Radeon RX 6400 is expected to ship a little later than the 6500 XT, it is likely to be retained as an OEM model and not receive a custom.

According to the official renderings of this product, it can be said that this card is designed for the market of low-level GPUs with single-factor and semi-standard form factor, and uses a single cooling technology and HDMI + DP output.

Both processors will be available to customers for around $ 200 to $ 250. Since the Radeon RX 6600 series is currently in the top 1080p gaming segment, we expect Navi 24 GPUs to be used in the 1080p base gaming market. As AMD has increased the price of RDNA 2 graphics chips, it has warned its AIB partners to do the same.

In the following, you will see the specifications and configuration table of Navi X2:

What do Zomit users think of the Navi 24 graphics card?

Privacy advocates say now is the time to remove WhatsApp

OnePlus is likely to unveil its affordable smart TVs soon 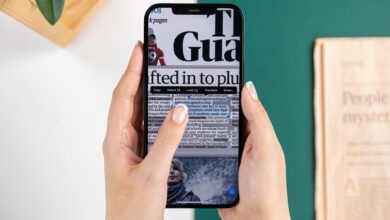 Contrary to rumors, the iPhone 14 chip will likely be an improved version of the A15 Bionic 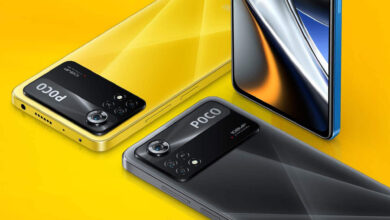 Poco X5, the new generation of Xiaomi midranges, is on its way