Anthropologists continue to debate why Neanderthals, an extinct species of man, became extinct about 30,000 years ago.

About 800,000 years ago, the Heidelberg man, who lived in Europe and Africa, evolved into a number of future human species, including Homo sapiens, Neanderthals, Denisova, and others.

Geneticists claim that the descendants of Homo sapiens and Neanderthals had a common ancestor until about 588,000 years ago; That is, when these two types of humans separated from each other and evolved separately.

Homo sapiens continued to evolve in Africa and most likely in the east of the continent. Anthropologists describe Homo sapiens skeletons as “tall and slender and suitable for heat dissipation and running”, while Neanderthal skeletons are described as “short and stocky and suitable for heat retention”. Neanderthals continued to evolve almost alone in Western Europe and Asia until they became extinct about 30,000 years ago.

Proposed reasons for the extinction of Neanderthals include such as luck, climate change, demographics (group size), and war on wise humans. Also discussed is the coexistence of the Neanderthal extinction with the arrival of early modern humans in Europe at the beginning of the Neanderthal extinction. Of course, some anthropologists believe that this is a coincidence; Because there is little or no evidence of war or direct competition between these two types of humans. This group of anthropologists argues that the brain and behavior of Neanderthals were similar to the brain and behavior of intelligent humans.

However, many anthropologists believe that the Neanderthals became extinct due to competition for resources, not direct conflict. Some argue that because of the small but important cognitive differences between these two human relatives, the wise man was able to extract more resources from similar environments.

Has cannibalism contributed to the extinction of Neanderthals?

Jordi Augusti And Javier Rubio Campillo, Spanish anthropologists conducted a virtual experiment in 2016 to study the underlying causes of Neanderthal extinction. In their experimental model, they considered factors such as definite habitat area, group size, homogeneity (in order to eliminate competition and gain more resources) and the possibility of group disintegration. What their model revealed was controversial.

From the point of view of game theory, it seems that a variety of foods is the optimal way to obtain resources. Here it is important to distinguish between two types of cannibalism: endocannibalism (eating group members) and exocanibalism (eating outside the group).

In endocannibalism, the group eats its members. This type of homogeneity can be done for nutritional reasons; That is, if the group is very hungry, very young or very old members may be eaten to keep effective members (people capable of work and reproduction) alive. Endocannibalism may also occur for religious or symbolic reasons after the death of a group member. Note that in the first, this behavior may be murder and in the second, it is considered a symbol of respect for the dead.

Exocanibalism, on the other hand, involves eating members of other groups. Exocanibalism may be done to eliminate competition for resources (food, shelter, etc.) to make other groups flee, or for symbolic or nutritional reasons. Augusti and Rubio Campillo found that when resources were plentiful, internal and external cannibalism was not needed to survive. However, when resources are scarce or environmental conditions are difficult (such as extreme cold), a variety of foods may be a desirable trait. In the latter case, groups with exocanibalistic behavior can gain more resources, prevent their own extinction, and reduce competition from other groups.

Researchers have added another factor to their latest virtual model: the arrival of early modern non-homogenous humans about 40,000 years ago in Europe. At the end of the simulation, the group performing exocanibalism became extinct. The simulation led the researchers to conclude that homogenous groups were driven out of resource-rich areas and continued to live in very dry or isolated places. Interestingly, this describes the exact circumstances of the actual extinction of the Neanderthals.

In their model, homosexuality was a very negative trait; Because although people may benefit, it is not generally beneficial. One of the hypotheses of the researchers’ model is that Neanderthals only ate homogeneity against other Neanderthal groups, and this seems to be the case.

Helen Rouge, Anthropologist et al. (2016) analyzed 99 Neanderthal remains from a cave in Goethe, Belgium, which is about 45,000 to 40,000 years old. Their analysis showed very clear evidence of cannibalism and even the use of Neanderthal bones to re-sharpen the tools used to separate flesh and skin from bone. About one-third of the bones showed clear signs of cuts and showed signs of bruising.

The remains were not only found in the cannibalism, but also among the remains of many other animals, mainly deer and horses. There were also large numbers of animal bones that had been worked on in the same way as Neanderthal bones.

Also, it is unlikely that homogenization in any group of Neanderthals began independently over 80,000 years ago and was most likely a tradition that has been passed down to Neanderthals for generations. So why did they do that? According to one theory, Neanderthal olfactory bulbs were smaller than modern intelligent humans and may have less ability to detect various odors, especially those of human flesh, which firefighters describe as terrifying and highly foul-smelling.

The extinction of our closest human relatives will always remain a great mystery; But it has to do with many other puzzles; For example, do brain differences matter? How important is the sense of smell in human evolution? Will the wise men of the future be replaced? 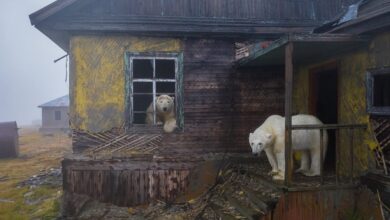 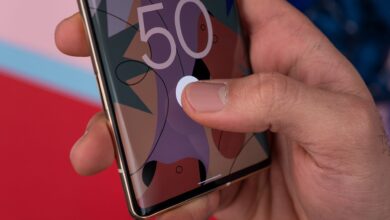 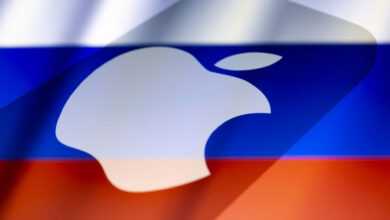