These particles, with all these interpretations, have secrets in their hearts that, if disclosed, can answer our fundamental questions about the origin of the universe.

So far, neutrinos have been surprisingly difficult to identify. But that may change soon. For the first time, scientists have shown that particle accelerators, such as the CERN accelerator (CERN), can be used to collectively detect these particles. In the case of tau neutrinos in particular, this finding could lead to an increase in the number of cases detected from a handful to thousands.

The results of this research were recently published in the journal Physical Review D. Thousands of neutrinos are produced daily in the LHC accelerator at CERN. But scientists have not yet been able to detect them.

Particle accelerators, including the LHC accelerator at CERN, are used to collide beams of hadron particles at approximately the speed of light. In physics, particles smaller than an atom made up of several quarks are called hadrons. As a result of these collisions, subatomic particles, such as quarks and bosons, are scattered and observed by detectors (for example, the ATLAS detector). Neutrinos have always been part of this process, but no experiment was designed to detect them before this study.

An important part of this problem is that in the LHC, magnets are used to guide particles along the curved path of the accelerator, and detectors are placed along the path. But these magnetic guides have no effect on chargeless particles, such as neutrinos. As a result, neutrinos, like a car with bursting and drifting tires, are pushed to the margins of this detection path.

But Professor Jonathan Feng, a physicist at the University of California, Irvine, came up with the idea of ​​recording new data in these experiments: FASER: ForwArd Search ExpeRiment).

Feng, the project’s lead researcher, first came up with the idea of ​​FASER as a new way to detect a whole new class of “super-symmetric” particles. The theory of supersymmetry in physics means that when elementary particles formed at the beginning of the universe, their corresponding superparticles also formed. For example, for each type of boson, there is a corresponding type of fermion, and vice versa. While these key FASER achievements may be achieved in the future, preliminary results of this experiment, released in November this year, confirm the detection of six neutrinos in the LHC.

What is a neutrino and why is it important?

As mentioned above, neutrinos are extremely light particles (at least six million times lighter than electrons) that have no electric charge and almost no interaction (according to little human knowledge!) With matter. This is why this particle can pass through our body without us realizing it. Neutrino experiments have been very expensive and unconventional so far. In Japan, for example, thousands of tons of water and light detectors have been used in the Super Kamiukandeh.

The high-energy nuclear reactions that take place in the heart of the sun direct a rain of neutrinos toward the earth. These tiny particles are also formed by the decay of atoms, cosmic rays, and the collision of terrestrial particles. Despite the abundance of neutrinos, they are very difficult to find.

Important experiments are underway to study neutrinos in the minibus accelerator at Fermi Illinois Laboratory, the Ice Cube neutrino detector in Antarctica, and the Super Kamiukande Observatory in Japan. These efforts, like FASER, focus on identifying the components of Notirino.

This experiment is less expensive and smaller than its predecessors (for example, the super-truck requires 50,000 tons of water). The first version of the FASER, made from CERN equipment, weighs just 29 kilograms, about the size of a medium-sized dog.

The research team plans to produce the final version of FASER in 2022, which weighs 1,100 kilograms and is more powerful and sensitive than the original version. But regardless of the size, FASER uses an older imaging technology called emulsion detection to capture neutrinos during the following steps:

Neutrinos have three types, or, according to physicists, three flavors: tau, muon, and electron. These titles tell us what components a neutrino breaks down after colliding with an atomic nucleus. Neutrinos In addition to releasing a proton and antineutrinos during this process called negative beta decay, neutrinos also release muons, tau, or electrons.

Among these flavors, Tau neutrinos are the rarest species and its identification is more challenging. Prior to the FASER test, only 10 Tau neutrinos were detected in an experiment performed 21 years ago at the Fermi Laboratory in Illinois. Identification of several tau neutrinos by initial FASER experiments promises further detection of this taste of neutrinos in the near horizon. What is an anti-neutrino?

In addition to distinguishing between different neutrino flavors, FASER also distinguishes between neutrinos and antinutrinos that encounter detection. An anti-neutrino is essentially a neutrino with an “opposite charge”. Although both neutrinos and antineutrinos are electromagnetically uncharged, مخال “opposite charge” refers to the Lepton number of the particles; Quantum numerical to describe the properties of subatomic particles.

If this sounds strange to you, it’s because it’s really weird! Scientists themselves are still unsure of what exactly distinguishes a neutrino from an anti-neutrino. However, studying more anti-neutrinos, which will be achieved by FASER, would be a big step in answering this question.

Starting in 2022, the FASER team expects to identify more than 10,000 neutrinos. This data can be a fundamental step forward in answering the fundamental questions of physics; Questions such as “Where is the source of matter?” Or “Why is so much of the world made up of dark matter?”

Spectacular images of a battle in which nature defeats civilization 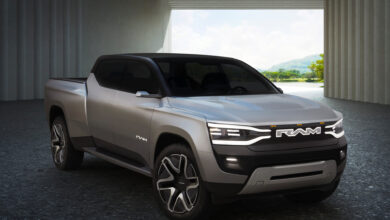 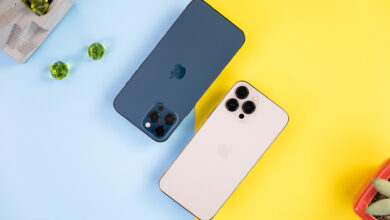 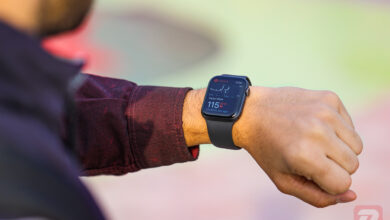 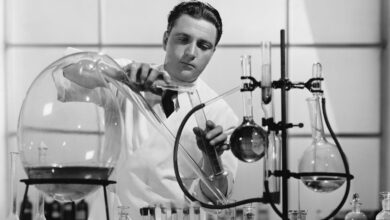 Why is the progress of science slow?