Establishing specialized branches to handle the case of cyberspace businesses or startups is one of the long-standing demands of the activists of this union, which has not been completed yet. The absence of these specialized branches has also caused irreparable damage to the body of the country’s startup ecosystem. In this regard, we can mention the case of Aparat last year, the case of Mostafa Amiri, one of the founders of ZarrinPal, and considering a year in prison for him, or even the last case in this field, which caused a lot of noise, namely, the wall of online platform requirements.

Increasing legal and judicial problems of startup companies with judicial institutions, increasing their cases in judicial institutions caused in mid-November of last year, Mohammad Javad Heshmati, Chief Justice of Tehran, in a circular to all judicial authorities in the province to provide legal support to cyberspace businesses, called for branches Specialized in handling criminal and legal cases of activists in this field.

Javad Javidnia Since my departure from the judiciary, the implementation of the directive to establish specialized branches for startups has stopped.

Heshmati in the circular, which was communicated to the judicial authorities of the province, emphasized that the specialized branches to handle the case of cyber businesses should have received the necessary training on the legal and criminal aspects of cyberspace (computer crimes, electronic evidence and their documentation).

In this regard, Javad Javidnia, the Chief Justice of Tehran, who at the time held the position of Deputy Chief Justice of Tehran Province in the pursuit of virtual affairs, instructed to evaluate all the judges nominated in a three-month program in terms of expertise and for them Hold the necessary training classes. Now, a year later, Javad Javidnia, in an interview with Zomit, announces that the implementation of this section of the letter has been stopped.

Javad Javidnia, who now introduces himself as the former Deputy Chief Justice of Tehran Province in pursuit of virtual affairs, says that since his departure from this department, the execution of the Chief Justice’s letter has stopped. Javidnia, who also has a former deputy head of the prosecutor’s cyberspace and chairman of the filtering committee, explained to Zomit:

After I left the deputy for cyberspace affairs of the Tehran judiciary, the establishment of specialized courts for startups and the training of judges was stopped, and there is still no replacement for this deputy to pursue the work. It is also important to note that the post of Deputy Minister of Cyberspace was a new post that was given to me by me because of my expertise and activities in this field, and perhaps that is why I still have someone in this post. They have not replaced me.

According to Javidnia, with these incidents, unfortunately, the section of the letter that the Chief Justice sent to the judiciary last year, in which he was responsible for training judges, is not being implemented. According to him, when there is no concern and there is no one responsible for following up for this work, the issue will be avoided.

The problem is that judges are untrained

When it comes to heavy-handed litigation cases of startup businesses, the first reason given by the startup ecosystem and the managers of this department is the lack of trained judges and specialized branches in this field. A point that Javidnia also emphasizes and tells Zomit:

According to him, the problems of startup companies have been investigated either in the Media Culture Court or the Guidance Court. “We were planning to hold this gathering in the Deputy Minister of Cyberspace, which unfortunately did not happen,” Javidnia said. “When I was in the cyberspace department of the Tehran judiciary, we followed the plan of the special cyberspace court complex and it reached some stages, but with my departure from this unit, it did not become operational.”

Creating a new cyberspace deputy in the judiciary

Javad Javidnia believes that not training judges and creating specialized centers to handle the cases of startups will eventually cause frustration and weakness of companies operating in this ecosystem. He suggests that there should be a deputy at the head of the judiciary to deal with the problems of this department.

“For example, the FATA police is now an important part of the police force, which is run under the direct command of the police force and has a very large organization and good work is being done there, but in the judiciary in proportion to the expansion of space,” he said, citing an example. Virtually this is not done. “Currently, we do not have a cyberspace deputy within our so-called judiciary to pursue these issues centrally.”

Javad Javidnia: Lack of training of judges and the establishment of specialized centers to handle the case of startups will eventually cause frustration in this ecosystem.

He continues: “In my opinion, the least that can be done in the current situation, because setting up a deputy at the level of the judiciary due to administrative work, approval, etc. is a bit long and time consuming, it is better to have a virtual business support office in “The level of the judiciary should be established.” According to him, this office was supposed to be established during the presidency of Ibrahim Reisi in the judiciary, but it was not implemented.

Javidnia attributes the lack of trained judges and specialized judicial units to review the case of start-up companies to the detriment of small start-ups rather than large ones. Now the voices of companies such as Aparat, Zarrin Pal, etc., which are better known, can be heard about legal problems: but the voices of many small and unknown companies are not heard, and in the first place, the legal problems that are created for them are either eliminated or severely damaged. “They eat and can not stand tall.”

The first-generation Snapdragon 8 is apparently having trouble getting hot

How do scientists update coronavirus vaccines for omicrons?

Xiaomi financial results show a 70% increase in profits in 2021 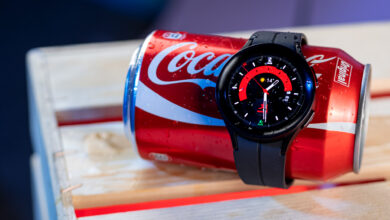 Since the release of Wear OS 3, Google has tripled its market share 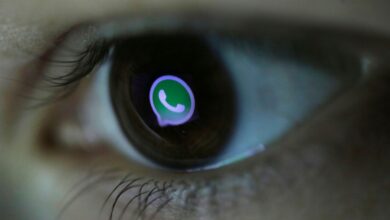 WhatsApp and iMessage provide the most information to the FBI