The competition in the field of processors is fierce, and when it comes to Android smartphones, the names of three brands come to mind more: Qualcomm with Snapdragon processors and Samsung with Exynos chips and MediaTek with Dimension series chips. Each chip company performs better than its competitors in a particular field, and each of these brands has its own weaknesses.

Recently, a new company has been added to the list of mobile processor manufacturers. With the introduction of its flagship Pixel 6 series phones, Google has for the first time used its proprietary chip called Tensor. This series of Google processors will henceforth be used as the beating heart of the Pixel series phones. Thus, the list of major manufacturers of mobile processors includes four companies. Now, how do the chips produced by these companies compare, and does it matter which processor your device uses? In the following, we will review the comparison presented in this field on the Mikozu website. Almost all major smartphone companies use Qualcomm processors; Including Samsung, Google, Oppo, Xiaomi and OnePlus. The reason for this huge acceptance of Snapdragon series processors is very clear; Because these chips consistently deliver better performance compared to other Android processors, both flagship and mid-range.

Qualcomm customizes the logo cores to improve the performance of its chips, and instead of using the standard Mali logo designs, it uses a GPU design called Adreno. In addition, Snapdragon processors make porting custom RAMs more easily available to developers due to their extensive documentation. This means that it is much easier to create custom RAMs for devices equipped with Snapdragon processors than devices equipped with MediaTek or Exynos chips.

Snapdragon chips, meanwhile, have their drawbacks. For example, these chips are usually sold at a higher price than their competitors, which, especially in the 2020 flagship devices equipped with Snapdragon 865, increased the final price of these products. This was so important that some companies, such as Google and LG, preferred to use mid-range chips in their flagship phones to prevent price increases.

Another important point is that Qualcomm does not manufacture smartphones itself; But it licenses its chips to many smartphone manufacturers, and in general, the importance of this brand in the Android ecosystem can not be underestimated. Although Exynos processors are less commonly used on Android devices than Snapdragon, Samsung chips are often more popular than Qualcomm’s competitors. Exynos processors are manufactured by Samsung and used in the manufacture of its smartphones. Of course, the Korean tech giant usually ships some of its phones in the United States with a Snapdragon processor because of the type of modem used in Qualcomm’s On-Chip System (SoC). It should be noted that some companies, such as Meizu, also use Exynos series processors in their products.

When it comes to performance, Exynos series processors typically perform similarly to Snapdragon models, and in some cases even more powerful than Qualcomm processors. This is especially true for flagship processors. In 2021, the Snapdragon 888 and Exynos 2100 performed best and outperformed each other in various scenarios. The same thing happened with the Snapdragon 865 and Exynos 990, and the competition between the two chips in different areas showed that there was no clear winner.

Samsung uses more general architectures compared to Qualcomm in terms of CPU and graphics; But the Korean tech giant is sometimes not afraid to offer special capabilities. For example, many recent rumors and reports say that the company intends to use AMD’s Radeon GPUs in Exynos series mobile chips.

In addition, Exynos series processors are usually cheaper than Snapdragon models. To examine this issue, we can pay attention to the price difference between the Exynos and Snapdragon models of Samsung smartphones. MediaTek has not always been in the spotlight as it deserves. It is not very difficult to find the cause of these conditions; Because MediaTek is a Taiwanese company that, like Qualcomm, sells its chips to other companies.

Many smartphone companies use MediaTek chips; Samsung even uses MediaTek processors in some of its products. Xiaomi, OnePlus and Oppo are also among the big brands that use these processors in their devices.

While most people consider Qualcomm to be the king of the Android processor market, MediaTek also has a strong presence in this market. The company is used in terms of market share in 43% of all smartphones worldwide. In contrast, Qualcomm’s market share is only 24%, which is not a large number compared to its Taiwanese rival share.

MediaTek is notorious for some Android enthusiasts; Because it is often chosen as the CPU of low-end phones and very slow and cheap. These devices are really slow in terms of technical specifications; But looking at MediaTek’s flagship new mid-range processors, the company has actually succeeded in producing respectable chips that offer as much power as Snapdragon processors at a much better price.

Tensor; Newcomer to the field Google is one of the newcomers to the processing chip industry. The left-hand system (SoC) tensor was introduced this year, and the Pixel 6 and Pixel 6 Pro were launched with this processor. Tensor, in fact, as Google’s first processor, has a long way to go to show the full capabilities of Google Silicon to everyone.

This chip is unique in some features. For example, Google has focused on artificial intelligence, machine learning, and security in the development of the tensor. The company uses the Titan M2 chip for this purpose, and all the components of this processor use artificial intelligence. The Tasnor can compete with the most powerful processors on the market, including the Snapdragon 888 and Exynos 2100; However, this chip is a little behind its two main competitors.

Google still has a long way to go, and the company’s proprietary processor is not yet perfect in every way. There is ample evidence that the company may have enlisted the help of Samsung to build the tensor; Of course, this does not matter much; Because Apple also started its activity in the world of smartphones with the help of Samsung. However, as we have seen, he had a very bright future for his own chip that he achieved.

Which chip should we buy?

There is no definitive answer to this question, and the problem is that it really does not matter which processor your device uses; Because all the available options are performing well, there is probably no real winner in between. However, if we want to look at the issue from different angles, the answer will be a little different.

If you are looking for the absolute best performance, you should get devices equipped with Qualcomm or Exynos chips; But if you want to make more software changes available, Qualcomm is probably the best option for you. If you are planning to buy mid-range devices, Snapdragon is a good choice; But you can also look at options with MediaTek chips. In addition, if you are a fan of Google, choosing the Pixel 6 series phones and the tensor chip can also be ideal options.

The performance of all Android chips is satisfactory

Lastly, it does not matter what processor your phone uses; What matters is the specifications of the chip used in your smartphone. For a better choice, you can check the performance comparison between devices equipped with different processors to choose one according to your needs.

You should also keep in mind that the Android family is very diverse and this is not just about hardware; Rather, it is the Android software that shows the actual performance of the device.

9 inventors who fell victim to their invention 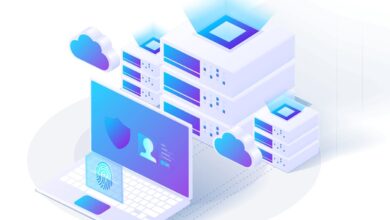 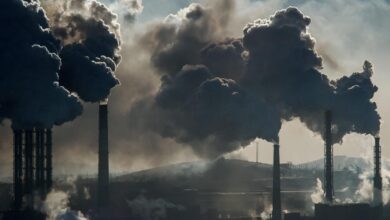 What is diesel fuel and what are its disadvantages for humans and the environment? 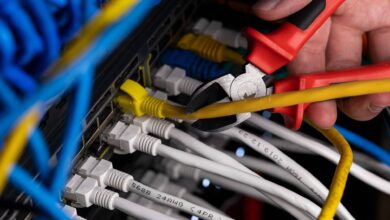 The Internet is no longer for everyone; What will happen to the rights of the people? 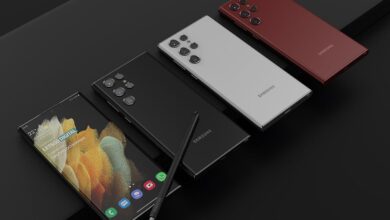 Everything we expect from the Samsung Galaxy S22 Ultra