Kish is one of the beautiful islands of the Persian Gulf and one of the functions of Bandar Lengeh. Kish tour is a priority in the list of travel destinations, especially domestic tourists, due to the island’s many historical, natural and recreational attractions. Get acquainted with the most important recreational attractions and sights of Kish, the beautiful coral island. The Greek ship is stranded on the west coast of the island, and due to its special position, the sun sets behind the ship on the island, creating a special effect and beauty. The Greek ship sank on the island of Kish on August 25, 1345, and the high insurance premium of this ship caused many rumors about the cause of this accident.

The importance of this huge ship, in addition to the history and story of its arrival in the beautiful waters of the Persian Gulf, its location on the island and the sun shining from behind this ship at sunset and creating a beautiful image in the rays of light, all tourists traveling to Kish Island, Greek ships sail to see the pleasant sunset behind the Greek ship and the azure waters of the Persian Gulf.

It is a complex of recreational facilities such as jet skis, pedal boats (with a capacity of 4 people), fishing boats, rowing boats, water tricycles, diving facilities and glass-bottom boats that tourists can enjoy to watch the beautiful water. Kish Water Park or Ocean Kish Theme is an open water park for both men and women. This water park, which is the newest recreation center of Kish, is ready to provide services to travelers and tourists of this beautiful island.

The theme is Ocean Kish Water Park, which was inaugurated in February 2016, at the same time as the Fajr Decade, on the beautiful island of Kish. This water park is known as one of the most unique open water parks in Iran and the Middle East in recent years.

Ocean Kish Water Park Theme has been established with the most up-to-date and modern gaming equipment in the world and by preventing the outflow of currency from the country and at the same time earning foreign currency for the country. Some of the equipment was also purchased from Belgium. This water park, which is based on the story of the secret of the Sun Castle, has an area of ​​5.5 hectares and has a daily capacity of 3300 people. One of the very positive points of this water complex is its no-fly zone, which means that no tall buildings can be built around it, and also the flight route from the top of this water park is forbidden. Kish Aquarium is one of the main sights of Kish. By visiting this collection, you can easily see the colorful fish of the Persian Gulf through its windows. There are two aquariums in this complex: one with a volume of 50,000 liters, which is for sharks and large fish, and the other, an aquarium with a volume of 20,000 liters, in which 70 types of ornamental and rare freshwater fish are displayed.

In the Kish Aquarium complex, there is a scientific section on taxidermy animals and paleontology. You can see all kinds of reptiles in Iran and the world such as crocodiles and snakes, rare birds and other mammals. Kish Aquarium is located on Ferdowsi Street, next to Ahavan Park and inside the building of Kish Art Center.

Bird Garden has been operating since 2001 and keeps birds in two separate parts. At the location of each of these birds, you can see the description of the habitat, the type of feeding and their characteristics. Of course, there is a part of this collection where some birds fly freely. In the bird garden you can also see short-nosed crocodiles, deer and monkeys. Kariz Kish is another historical attraction of Kish that is more than 2500 years old and its depth is 16 meters underground. In the past, this aqueduct provided fresh and drinkable water to the people of the island. Today, the Kish aqueduct has changed its use to an amazing underground city and it is called Kish aqueduct. The area of ​​this underground city is 10,000 square meters, which shows the path of water movement in the past.

Today, the underground city of Kariz in the first phase is divided into sections such as handicraft booths, traditional and new restaurants, museums, amphitheaters, conference halls and art galleries. When they tried to build this underground city, they found the fossils of some marine animals from the coral roof of the tunnel. Archaeologists believe that this roof is 270 to 570 million years old. Another attraction of Kish Island for tourists is its dolphin park. This complex is built on a land area of ​​100 hectares and is located in the southeast of the island. In Kish Dolphinarium, different species of marine mammals such as dolphins and sea lions are kept. In Kish Dolphin complex, there is also a green space where you can watch different types of plant species, including palm trees, Benjamin, lor trees, eucalyptus, acacia, marshmallow and more than 25 species of cactus. کرد.

As mentioned before, Kish Bird Garden is located in this complex and you can enjoy seeing both dolphins and colorful birds by visiting this place. To the west of Kish Island there is a promontory called Hur Cottage. The bed of this promontory is rocky and it is the habitat of aquatic animals such as grouper, red snapper, stony rock, oysters and turtles. On days when the wind is low, people come to this promontory for fishing. Divers also come to hut diving. On the south shore of Cape Hoor, there is a five-meter-long cave, but its depth increases from north to south, extending up to eight meters, and becomes very spectacular in full fashion. The wild nature of this promontory attracts tourists and the presence of holes in it causes water to erupt when the waves hit.

The ancient city of Harira In the north of Kish Island, there is an ancient city that dates back to the 5th to 10th centuries AH. The ancient city of Harirah is located next to the Olympic Sports Complex and you can see its ruins. It is said that this city was at the peak of its prosperity from the fourth to the tenth century AH.

The ancient city of Harirah covers an area of ​​120 hectares, and to date, excavations have uncovered the beach complex, the aristocratic house, the baths, the mosque and the old aqueducts of this ancient city. It is said that the name Harireh is derived from the name of the queen of this city. The ancient city of Harireh was registered in the list of national monuments of Iran on September 1, 1997 with the number 1886. The oldest temple tree is the green tree, which is located on Kish Island. The life of this tree reaches 500 to 600 years. The difference between this tree and other trees in the region is that the leaves and roots of this tree hang from its main body. Some people believe that this tree is pleasant and so-called ominous, so in order to fulfill their desires, they have tied knots with thread or fabric on the branches of this tree. The Green Tree is located near the ancient city of Harirah, allowing tourists to visit the Green Tree Complex after visiting this ancient city.

Baghu village in the southwest of the island is one of the oldest settlements in Kish. There are all kinds of native trees in this village. Currently, the only inhabitants of this village are a few livestock families. According to available documents, Baghu village existed before the Qajar period. Among the sights of this village, we can mention the statue of Mohammad, on the wall of which the date 881 AH is written, which shows the antiquity of life in this village. The soil of Baghu village is fertile and the main occupation of its inhabitants is livestock and agriculture. In addition to the indigenous people, in the southeastern part of the village live a non-indigenous tribe called “Godar”.

Downstream is the vestibule that is dug in the ground and generally near the mouth of the aqueduct well and has a very steep slope and using a few steps to reach the surface of the aqueduct running water that is underground. The deeper it is, the longer the bottom and the greater the number of steps.

The waterfall on Kish Island is two thousand years old and is located near a green tree. Today, the location of this building has been reconstructed and it has become one of the most popular tourist attractions on Kish Island. At the end of the path, a teahouse and several traditional restaurants have been established. The clear waters of Kish are very spectacular and have provided a very good opportunity for swimming. For this reason, the beach for men and women in Kish has been designed and implemented separately and allows all tourists to experience swimming in these clear waters. The women’s beach with an area of ​​15,000 square meters has been built on the north coast of the island and in front of the telecommunications and has many facilities such as fresh water shower, canopy, gym and beach volleyball.

Although it is possible for men to swim in other parts of the island, the facilities available on the beach encourage tourists to swim in a safer and more beautiful environment. Gentlemen’s Beach is located in the northeast of the island and offers other recreational facilities such as jet skiing, water skiing, beach volleyball, beach soccer, yachts and scuba diving.

What are the facilities of Kish recreational pier?

Is it possible to use Ocean Water Park for women?

Kish Water Park or Ocean Kish Theme is an open water park for both men and women.

How old is the underground city of Kariz?

Kariz Kish is another historical attraction of Kish that is more than 2500 years old and its depth is 16 meters underground.

Where is Hur Hut?

To the west of Kish Island there is a promontory called Hur Cottage. 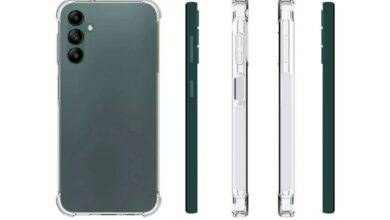 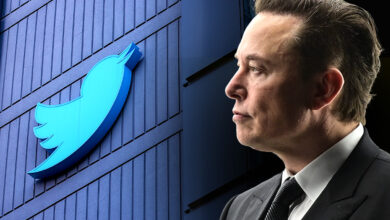 Elon Musk may be bringing video chat to Twitter soon 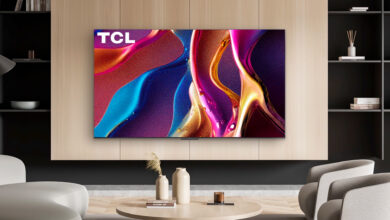 The best TVs introduced at CES 2023