The Director General of Regulatory Consumer Protection states the reason for this statement is that personal SIM cards are not a means of advertising and according to the law, a subscriber who wants to have SMS advertising must act through bulk SMS panels.

According to the Public Relations of the Regulatory Authority for Radiocommunications, Peyman Gharadaghi, noting that the regulator identifies violating numbers in three ways, said:

One of these methods is the Regulatory Violation Detection Management (FMS) system, which continuously monitors the behavior of subscribers. In addition, we have required operators to set up their own FMS system and identify and block infringing personal SIM cards. This system is based on the defined rules and behavior measurement of SMS senders, which acts on the basis of detecting and restricting the sending of mass SMS and advertising of identified SIM cards.

Regarding the third way of identifying infringing SIM cards, Gharadaghi said: “Another way of identifying infringing SIM cards is the SMS system for registering and responding to complaints (195). Subscribers can text the number of the sender of the SMS to the 195 system if they receive a text message containing inappropriate content or advertisements from personal numbers. “The regulator, after examining and verifying the issue, will unilaterally restrict the sending of text messages to the offending telephone line.”

The Director General of Regulatory Consumer Protection, noting that infringing SIM cards are usually issued by a limited number of government counter offices or operators’ sales agents, said: “Violations of these offices are also being pursued by the operators in the judiciary.”

Regulation: A total of 358,606 personal lines have been blocked since the end of January due to text message harassment.

According to him, in order to ensure the correctness of the authentication process, the Regulatory Authority for Radiocommunications has required all operators, in addition to the face-to-face authentication process of subscribers using a national card and a photo ID, to sell second and more SIM cards. Use one-time password (OTP).

He pointed out that the statistics related to personal lines cut off due to SMS harassment can be seen instantly in the judgment section with you in the regulatory portal, and announced that by the end of January this year, a total of 358,606 personal lines due to SMS harassment Is blocked. He emphasizes that due to the information and preventive actions of regulators and operators, line cuts due to public complaints have decreased and the number of this section has increased from 51,000 SIM cards blocked in 1999 to 12,800 SIM cards by the end of January.

More than 50% of the SIM cards cut due to sending advertising text messages from personal numbers, belong to Irancell Communication Services Company, one of the main reasons is the inadequate supervision of this operator in handing over real and legal SIM cards and the incomplete authentication process of these SIM cards despite many warnings. And warnings issued to this operator. Accordingly, it is necessary for all operators, especially the mentioned operator, to make more efforts to respect the rights of users and their satisfaction.

“About 15% of the text messages sent to the network are of this type,” Qaradaghi said. “For the past 15 years, individuals and legal entities have been using the mass SMS service for advertising and information.” “Therefore, in order to protect the rights of subscribers and to control and manage the promotional text messages sent through these companies by the subscriber himself, the regulator required mobile operators to launch the 800 square star command code.”

The Director General of Regulatory Consumer Protection, referring to the statistics of the Grievance Redressal and Response System (195), stated: “Rooz is one of the causes of dissatisfaction and complaints of subscribers in this system.”

Scientists have discovered an spherical planet that resembles a rugby ball 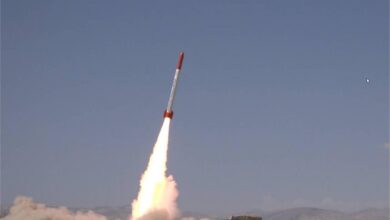 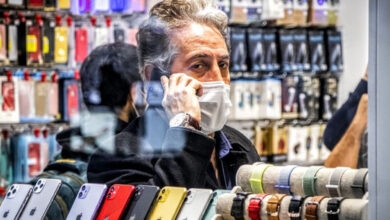 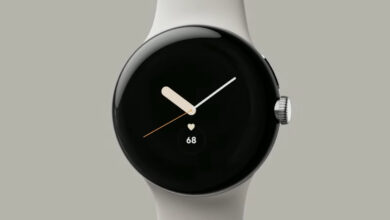 The Pixel Watch battery may last up to 24 hours