Space is not a comfortable place for humans; Of course, some aspects are inevitable; Such as vacuum and cold and some radiation. Astronauts’ bone density may also decrease due to a lack of gravity. NASA uses the term RIDGE to refer to these problems, which stands for space radiation, isolation and limitation, distance from Earth, gravitational fields, and unfavorable, closed environments.

New research adds to these concerns by explaining how presence in space destroys human blood. More precisely, a factor in space causes the human body to hemolyze at a higher rate than when it is on Earth.

This phenomenon, called “space anemia,” is well studied and is part of the set of problems astronauts face when returning to Earth. Thus, Guy Trudeau, one of the authors of the article and a specialist in physical medicine and rehabilitation at the Ottawa Hospital, became involved. “When astronauts return from space, they are like the patients we admit to the rehabilitation ward,” he said.

Spatial anemia is considered as a kind of adaptation to the movement of fluids in the upper part of the astronauts’ body upon entering space. They quickly lose 10 percent of the fluid in their blood vessels, and it is predicted that their bodies will destroy 10 percent of their red blood cells in order to regain balance. Also, it was speculated that everything would return to normal after ten days; However, Trudeau and his team found that hemolysis was the primary response to space presence. “Our results were a bit surprising,” he said.

To study space anemia, Trudeau studied 14 astronauts who went on a six-month space mission to the International Space Station. The astronauts took special cans into space and exhaled them at four intervals: the fifth day, the twelfth day, the third month, and just before returning to Earth in the sixth month. At the end of the mission, they returned the cans to the ground.

In the lab, researchers used high-resolution gas chromatography to measure the amount of carbon monoxide produced by astronauts after different periods of space.

The team found that in space, astronauts’ bodies destroy about three million red blood cells per second. This rate is 54% higher than what happens inside the human body on Earth, where the rate of destruction of these cells is two million cells per second.

In space, the human body loses fluids; Therefore, even if fewer red blood cells eventually remain in space, their concentration remains at an acceptable level. However, when a person returns to Earth, his body regains fluids to cope with the increase in gravity, and spatial anemia disappears. “You need more fluid in your blood vessels, and this causes the red blood cells to thin,” he said.

After the astronauts returned from space travel, five of the 13 people who had received blood samples as soon as they landed were still clinically anemic. After three or four months, their red blood cell count began to increase.

Trudeau’s team performed the same experiments a year later, and the destruction of astronauts’ red blood cells was still 30 percent greater. The longer astronauts stay in space, the longer they will have space anemia on Earth, according to researchers.

Trudeau’s team is unsure exactly why being in space causes the human body to destroy red blood cells so quickly; Although there are a few possible factors. Hemolysis can occur in four different parts of the body: the bone marrow (where red blood cells are made), the blood vessels, the liver, or the spleen.

From this list, Trudell suspects that the bone marrow or spleen are the most likely problem areas, and his team plans to investigate further in the future. “What causes anemia is hemolysis,” he said. “But what causes hemolysis is the next stage of research.”

Also, it is not clear how long the destruction of his red blood cells will continue if he stays in space longer. There is a lack of knowledge about longer missions, one-year missions, or missions to the moon or Mars or other celestial bodies.

Given the imminent possibility of space tourism, Trudell’s research could be a warning to some future space travelers. People with heart problems, angina, abnormal hemoglobin levels or prone to blood clots may be at risk for complications in space.

In addition, new research may help us learn more about injuries that occur in space; This is because the body’s ability to heal cuts may be affected by changes in red blood cells.

Given how long space anemia can persist, new research may also have implications for highly active astronauts. “The impact of repeated missions is another gap in our knowledge of the field,” Trudeau added. 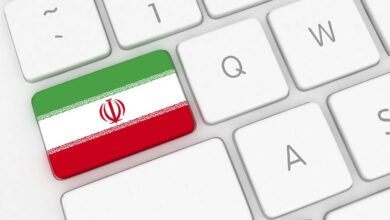 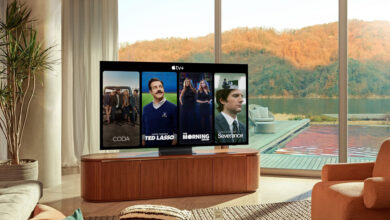 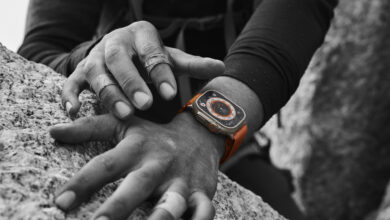 The future of Apple Watch; Will the Apple Watch become Apple’s next big product?