OnePlus, which is a subsidiary of BBK, has been able to make a name for itself in recent years by producing valuable handsets; Of course, until a few years ago, OnePlus only produced phones with the flagship killer, which, despite their excellent specifications, had a very low price. Then, after attracting many users, the company decided to produce, in addition to flagship phones, mid-range and even economical phones; Also last year, OnePlus became a subset of Oppo based on the policies of the company’s decision-makers, and its impact will be seen above all in the software section of the new OnePlus phones, as well as the newly introduced OnePlus 10 Pro.

Now that the new generation of OnePlus flagships has been introduced after some setbacks, first of all it is not bad to take a brief look at the specifications on paper of the last two generations of the company’s flagships.

In recent years, as much as the front design and display of Android phones have become similar, the back panel of some phones has seen strange and different designs.

As we have seen in the renderings of the OnePlus 10 Pro, the company has adopted a new design style with the introduction of its new flagship; Of course, the appearance of this phone may not be able to win a beauty award or design; Also, when unveiling the OnePlus 9, we saw that this phone has a different design compared to the OnePlus 8; But this year, the design of the back panel of the OnePlus 10 Pro has changed a lot and is different from the shape and icon of most smartphones.

Some users prefer large camera modules, while others have exactly the opposite taste; If you are one of those people who are between these two users, the OnePlus 10 Pro will probably catch your eye.

A 6.7-inch AMOLED display with LTPO technology and a maximum refresh rate of 120 Hz can be found on both phones; Of course, the OnePlus 10 Pro uses the second generation of adaptive LTPO panels; So there has been no major upgrade in the display discussion and it is not a good reason to upgrade the OnePlus 9 Pro to its next generation. Here, too, there are many similarities, especially in terms of memory capacity and RAM. The OnePlus 9 Pro and OnePlus 10 Pro come with 8GB and 12GB of RAM, with a maximum storage capacity of 256GB. The new generation uses Qualcomm’s latest mobile processor, called the first generation Snapdragon 8; Whereas in the previous generation, we also saw the presence of the latest introduced model of Snapdragon flagship series chips, namely Snapdragon 888, in its womb. In the case of these two processors, it can be said that the first generation Snapdragon 8 is about 20% faster than the previous generation and 30% more efficient in terms of energy consumption; It has also become much more powerful in terms of graphics processing. This means that if you just want to have the latest and greatest mobile processor for Android phones under your control, you can think about upgrading, otherwise the Snapdragon 888 is still at the flagship level and can do almost as well. And come up with heavy games. In the meantime, what some users may not like is the presence of the Color OS 12.1 user interface on the OnePlus 10 Pro; Because most users like the light and minimal user interface of Oxygen OS, which is similar to Google’s raw Android. In any case, for gamers, a significant improvement in graphics processing may be more important than UI changes.

Regardless of the changes in the appearance of the camera module in these two generations of OnePlus phones, the number of camera sensors also varies between the OnePlus 9 Pro and the OnePlus 10 Pro; Of course, this difference, at least numerically, is in favor of the previous generation; This is because the OnePlus 9 Pro uses four cameras on the back panel, while the OnePlus 10 Pro uses only three cameras. The interesting thing is that the main camera is the same in these two phones; So we should not see much difference in photography; Also, the 50-megapixel ultra-wide camera and the 8-megapixel telephoto camera are theoretically very similar to the previous generation.

Fortunately, the new OnePlus flagship, like the previous generation, benefits from a joint Hasselblad collaboration in tuning the camera sensors, as well as features such as the second generation of Hasselblad natural color tuning and XPan mode; So with this account we can say that not much has happened in this area; Of course, each user experience may be different and can detect more differences in the long run.

The battery capacity has only increased by 500 mAh, and in the heart of the OnePlus 10 Pro we see the presence of a massive 5000 mAh battery; The newer model is also equipped with 80 watt SuperVOOC wired fast charge and 50 watt AirVOOC wireless fast charge; While the previous model uses 65 watts of power in wired charging and a maximum of 50 watts in wireless charging called warp charging. In other words, the OnePlus 10 Pro charges both faster and has a longer battery life thanks to a more efficient processor and a larger battery. Saipa Atlas and Sahand, facelifted and more luxurious versions of Quick and Saina

Learn how to earn lifetime income by inviting friends to Tetherland 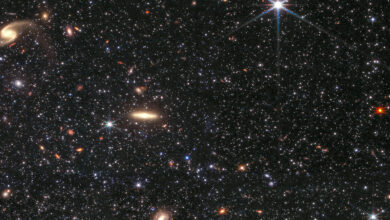 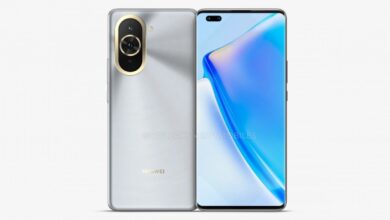