You may find it impossible to watch the night sky through the light pollution of cities; But we must remember that there are still phenomena that you can enjoy and get away from everyday tensions for a few minutes. To watch many of these events, you don’t need expensive equipment and it’s enough to go to the roof or any other open space at least 15 minutes before the start of observation so that your eyes get used to the dark conditions.

Even if you are not familiar with constellations and orientation in the night sky, don’t worry; Because the sky map applications for smartphones, using the sensors in these gadgets, after typing the name of the intended target, guide you to it. Many of these apps are equipped with night vision to help keep your eyes dark-adapted by turning all the lights on the screen red.

The night sky in December 1401

The new moon occurs after sunset in Iran at 22:58 on Thursday, December 3; Therefore, it is not visible in Iran. After sunset on Friday 4 Azar, the crescent moon can be seen from all over the earth.

Monday, December 14: conjunction (occlusion) of the moon and the planet Uranus

In the evening of 14 Azar, the moon and the planet Uranus reach a distance of less than one degree in the sky in a very close comparison. This is a good opportunity to find Uranus with the Moon in the sky. Uranus is below the moon on this night.

In the northwestern half of Iran, this planet hides behind the moon, which is called occultation. The disappearance of Uranus on December 14, depending on the location of the observer, will begin around 20:15. The longest period of this disappearance in Iran can be seen in the city of Mako in West Azarbaijan province for approximately one hour.

In the areas that are approximately 2 kilometers from the border of the hidden area on the map, the hidden area is seen as scratches. In occultation, the planet’s disc passes behind the mountains and surface features of the moon’s edge, creating a spectacular view in the telescopic field of view.

Wednesday, 16 Azar: Comparison between the moon and the planet Mars

After sunset on 16 Azar, the moon and the planet Mars will be seen at a distance of 6.5 degrees from each other in the eastern horizon. Mars is seen as a bright red star near the moon. During the night, the two approach each other until they come within 1.5 degrees of each other before the sky lights up the next morning. Thursday, December 17: The planet Mars is in opposition

On this day, the planet Mars will be in opposition to the Earth and will have the closest distance from the Earth throughout the year. Also, due to being in the opposite point of the sun in the sky, it can be seen in the sky from sunset to sunrise the next day.

Mars and Earth are in opposition almost every 26 months; But due to the relatively large elongation of the orbit of Mars, which is seen as an ellipse (the orbits of all planets are elliptic and only their elongation is different), the distance between Mars and Earth is less in some confrontations than in other years.

If near the time of confrontation, Mars is in perihelion (the shortest distance from the Sun), the distance of Mars from the Earth will be minimized and Mars will be seen bigger and brighter in the sky. This confrontation, which repeats every 15 or 17 years, is called “Hadizi confrontation”. The last confrontation of this type happened in 2017. This year’s confrontation will be something between the perigee confrontation and the peak confrontation. The apparent diameter of Mars in this encounter will be 17.2 arc seconds (compared to 24.3 arc seconds in 1397 and 13.4 arc seconds in 1405). In the days close to the confrontation, Mars will reach an apparent brightness of -1.9 and will be brighter than any star in the sky. It is also the third brightest object in the night sky after the moon and Jupiter, and it is easily identified in the sky with its orange hue.

The prerequisite for observing the surface details of the planets is stability and the absence of atmospheric disturbances; Otherwise, even with the best telescopes, a blurred image without details is seen. You can estimate how stable the atmosphere is, called “astronomical visibility,” from the rate at which the stars twinkle. The faster the stars twinkle, the more turbulent the atmosphere and the conditions are not suitable for observation.

The image of Mars as seen using a 250 mm telescope

Another point that you should consider for observing Mars is the orbit of Mars, which takes 24 hours and 37 minutes (37 minutes longer than Earth). In each observing night, as Mars rotates around itself, different parts of its surface are visible to the terrestrial observer.

As mentioned, you have time to observe Mars from the time the sun sets and the sky darkens, until the sky lights up the next morning. Mars is visible in the east at the beginning of the night and reaches the top at 12:00 PM and is placed in the western sky before sunrise. To read more about the planet Mars, you can go to NASA infographic See.

Wednesday, December 23: The peak of the Geminid meteor shower

These two reasons make Gemini shower meteors brighter and slower and, as a result, easier to see. The center of this shower in the sky, the constellation of Gemini, will reach near Sarsu (above the head) at around 2:00 am on December 23rd, and this is the best time to observe the meteor shower; But this year, the moon (with 64% of the illuminated surface) is present in the sky from around 10:00 p.m. on December 22 until sunrise on December 23, and it erases the faint meteors.

Therefore, the best time to observe the Geminid rain this year is after the sky darkens on December 22 and before the moon rises. If you watch this shower from an area away from light pollution, you can see about 120 meteors per hour. To watch a meteor shower, stare at the sky for at least an hour in a dark environment with as wide a horizon as possible. Comfort during observation helps you a lot; So, bring a thick mat to sit or lie on and warm clothes. In urban skies, you’ll likely be able to see a handful of the shower’s brightest and most beautiful meteors in your hour of observation.

The presence of one or more companions will multiply the pleasure of observation and you may see more meteors with their help. You don’t need any optical equipment to observe the meteor shower and you just have to be patient.

If you like our night sky observation guide articles, share your opinion to improve it with Zoomit. 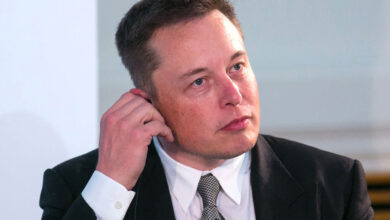 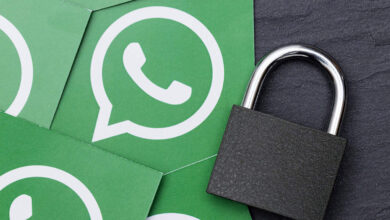 Speculations about the strange WhatsApp malfunction 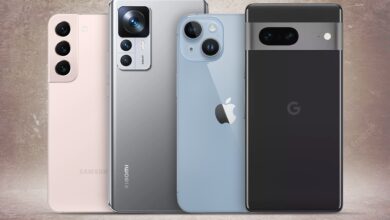 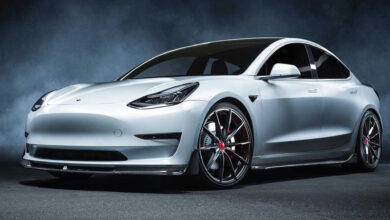