You may find it impossible to watch the night sky through the light pollution of cities; But we must remember that there are still phenomena that you can enjoy and take a few minutes away from everyday stress. You do not need expensive tools to watch many of these events, and it is enough to go to the backyard or any other open space at least 15 minutes before the start of the observation to get your eyes used to the dark conditions.

Even if you are not familiar with constellations and orientations in the night sky, do not worry; Because the sky mapping apps for smartphones, using the sensors in these gadgets, after typing the name of the target, will guide you to it. Many of these apps are equipped with night vision to help keep your eyes compatible with the dark by turning all the lights on the screen red.

After a busy December with a twin meteor shower and Leonard’s comet, the sky seems to need some rest. However, the first month of the winter of 1400 has not come to us completely empty-handed, and it has brought with it a number of astronomical events to keep us entertained. In the following, we will review these events together. The new moon occurs at 22:04 on Sunday 12 January and the crescent moon can not be seen from anywhere on the planet on this day. Even after sunset on Monday, January 4, it is difficult to observe the moon, and to see it horizontally without disturbing terrestrial obstacles (such as mountains, trees, and buildings) and possibly using optical instruments. It goes without saying that since Tuesday, the crescent moon can be easily seen all over Iran with the naked eye. Quarter meteor shower is one of the most abundant rainfall of the year. Under the sky without light pollution, about 100 meteors can be seen every hour. The exact origin of this precipitation is not known. In 2003, Peter JenkinsA meteorologist specializing in meteor showers identified the 2003 asteroid EH1 as a possible source of the precipitation. The asteroid appears to be in fact a silent comet associated with comet C / 1490 Y1 and the 1490 event in Qingyang.

In 1490, Chinese, Japanese, and Korean astronomers recorded the appearance of a comet. Shortly afterwards, in March or April of that year, in the Xinjiang Uygur Autonomous Region in northern China, a rainstorm occurred from the sky. According to reports, countless stones the size of hazelnuts to goose eggs fell from the sky, killing thousands of people. This event is also recorded in the official history of the Ming Dynasty; But there is no mention of the dead; Therefore, considering that it is recorded in Ming history, we can be very sure of the occurrence of this incident.

However, modern-day researchers are unable to confirm its mortality due to a lack of detail in the reports and the appearance of meteorites or other physical evidence. Some scholars refer to the Tongoska explosion as an aerial explosion, and think that such an explosion over residential areas could kill thousands like the 1490 Qingyang incident. A quarter meteor shower seems to be a lesser-known version of the Qingyang event that we can watch every year with ease. Picture above, card number 10 from Shows a set of sky map cards called Urania’s Mirror. These cards were first introduced in 1824. The card includes the constellations of Gavran, Tazia, Giso and Quarter.

The activity period of this meteor shower, unlike other showers, is very short and sometimes lasts only a few hours. Also, most of the meteors in this rainfall are relatively dim; For this reason, it is not considered as much as the rainfall of twins and twins.

The peak meteor shower in the year 1400 is predicted at 0:10 AM on Monday, January 4th. To observe this rainfall, you can watch the sky from the beginning of the darkness of the night after sunset on January 4th to dawn on January 4th. This year, the moon is at night at the peak of the quarterly precipitation in the narrow crescent phase and is not present in the sky all night. So, if you have access to the dark sky, do not miss watching this meteor shower.

This may not be an observational event; But reading about it is not without grace. Many people think that the reason for the heat of summer is the proximity of the earth to the sun and the reason for the cold of winter is the distance of the earth from it. However, in fact, the Earth is farthest from the Sun (peak) at the beginning of summer in the Northern Hemisphere, and reaches its closest point in its orbit to the Sun (low) at the beginning of winter in the Northern Hemisphere.

Although the Earth receives only 93.5 percent of its solar radiation at the apex at its apex, the Earth’s 23.4-degree angular deflection angle has a greater effect on the summer-winter temperature difference and compensates for this shortcoming.

You might say to yourself that for these reasons, summer in the southern hemisphere should be warmer than in the northern hemisphere; Because it receives more radiation and its radiation angle is suitable. However, in fact the summer of the Northern Hemisphere is on average 2.3 degrees Celsius warmer than the summer of the Southern Hemisphere. The reason for this phenomenon is the greater land-to-sea ratio in the Northern Hemisphere. Land warms faster than the sea, and for this very reason, the sea water is cooler than the shore in the summer mornings, and this trend is reversed at night.

This point is inside the ground; But each year the earth moves a little closer or farther from the sun near the abyss, causing it to move for up to 2 days at the time of the abyss. This year, the Earth’s orbit will occur at 10:25 AM on January 5, Iranian time.

Monday, January 11: The highest altitude of Mercury on the evening horizon At sunset on the 20th of January, the planet Mercury reaches its maximum height on the evening horizon, and at the moment of sunset, it is approximately 15 degrees away from the horizon. An hour after sunset on this day is the best time to observe the escaping planet of the solar system on the evening horizon. After this day, its height decreases every day and it approaches the sun in the sky, and after a while, you should see it before sunrise.

If you’re interested in night sky observation guide articles, share your thoughts on how to improve it with Zummit. 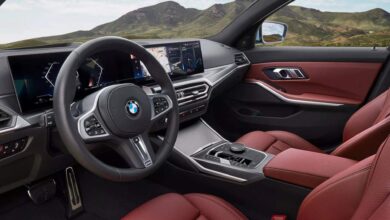 The expansion of shared services, the bitter future of cars 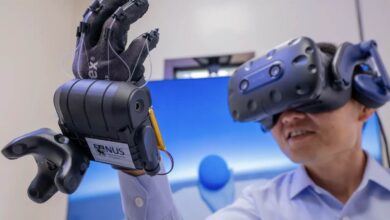 This strange glove simulates the shape, size and texture of virtual reality objects 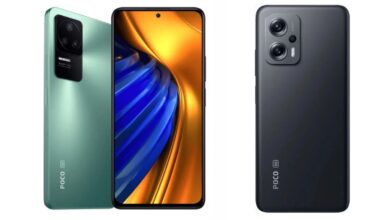 Poco F4 5G and X4 GT will probably be introduced with Snapdragon 870 and Dimensity 8100 chips, respectively 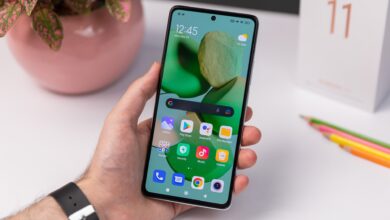