A new space telescope will soon potentially change our understanding of black holes, supernovae, and even the nature of the universe by revealing a hidden perspective of the universe. But no, this telescope is not the telescope you have probably thought of.

Most attention is now focused on the James Webb Space Telescope; A tool made by NASA and the European Space Agency to be launched in less than two weeks. But a dedicated team of astronomers on Thursday eagerly watched the small but evolving observatory travel into space.

At 09:30 Iranian time yesterday, NASA launched the X-ray polarization imaging probe mission over the Falcon 9 SpaceX rocket from the Kennedy Space Center in Florida, according to the New York Times. At just $ 188 million, the spacecraft is a very cheap telescope compared to the $ 7.9 billion James Webb, and is expected to show a new form of astronomy.

The IXPE telescope will perform X-ray polarization imaging in orbit for the first time; A technique that can give astronomers completely new insights. According to Thomas Zorbuchen, Director of NASA’s Scientific Missions Unit, the new telescope will tell us about some of the strangest and most exciting space objects.

NASA’s new telescope, which the mission team pronounces as Ixupia, was launched after launching into orbit 547 kilometers above the ground. The telescope will spend the next few weeks deploying scientific instruments and testing equipment, and then embark on a two-year mission.

X-rays are a useful way to observe the world. These rays are emitted from very energetic objects and allow astronomers to study various events such as supernovae near black holes or stellar explosions in a way that other wavelengths such as visible light are not capable of. But since X-rays are mainly absorbed by the Earth’s atmosphere, they can only be studied from space.

So far, various types of telescopes and X-ray instruments have been launched into orbit. Prominent examples include NASA’s Chandra X-ray Observatory and the European Space Agency’s X-Imam-Newton, both of which were launched in 1999. With such spacecraft, scientists have mapped the birthplace of stars inside visible gas nebulae and the release of dark matter into galaxy clusters.

The use of X-ray polarization imaging distinguishes the X-ray from previous-generation models. If you’ve ever worn a pair of polarized glasses, you probably know that they use thin slits to block horizontal light; Turning them sideways instead blocks out vertical light. The same principle is used in X-ray polarization. This technique will allow astronomers to observe the directional motion of X-ray particles as they arrive and to detect the direction of the leading electric and magnetic fields. With this data, astronomers can extract more information from X-rays emitted by astrophysical phenomena.

Instead of simply viewing X-rays with a single instrument, the new spacecraft actually consists of three separate telescopes. They each contain 24 concentric mirrors at the end of the arm, approximately four meters long, which will be opened into space during the telescope’s first week.

As the X-rays arrive, each telescope will focus them on three detectors at the end of the arm. The detectors each contain a 10 mm layer of helium and a gas called dimethyl ether or DME. This polarization layer will detect the X-rays left by the impact of the gas.

Martin WeiskopfA senior researcher at NASA’s Marshall Space Flight Center says several attempts have already been made to image X-ray polarization in space. In 1971, Weiskopf participated in a successful experimental mission that used a deep gauge rocket to observe a brief X-ray polarization observation of a crab nebula in our galaxy. The next step was to try to launch a more advanced polarization spectrum called the Spectrum X spacecraft in the Soviet Union in the 1990s, which failed due to the collapse of the country.

IXP is being tested at the Aerospace wing test facility.

“We’ve been waiting a long time for a polarization mission,” says Wiskopf. The patience of Weiskopov and other researchers in 2017 paid off; When NASA selected iXapi as part of the Small Probe program. NASA’s new X-ray telescope will observe more than 100 cosmic targets, including black holes, supernovae and alien stars, two years after launch.

One goal of the telescope is to observe the rotation of relatively small black holes that are about ten times the mass of our Sun. X-ray polarization will be able to investigate the relativistic effects that occurred near these black holes. In these areas, X-ray photons are expected to change the polarization angle as they travel through space-time, which is severely curved by the black hole’s rotation. Adam Ingram“For the first time we can measure these deviations,” says an astrophysicist at the University of Newcastle in the United Kingdom.

By focusing on magnetostructures, researchers hope to discover the inviolability of the laws of physics. Ixupi will be able to study the effect close to these stars called quantum electrodynamics; Where highly strong magnetic fields must produce high levels of polarization in X-ray emitted particles.

In addition, iXapi can give us more information about the moments after a stellar explosion. The spacecraft data will reveal how the material launched from the supernova interacts with the surrounding interstellar environment at the same time as it hits each other at extremely high speeds.

IXapi’s main mission is set to last two years; But if NASA extends the mission, the spacecraft could last nearly two decades. With more time, astronomers can study other targets, such as the arc *, the macromassive black hole at the center of the Milky Way.

IXP may seem like a mediocre tool when compared to super telescopes such as the James Webb; But the new telescope highlights the breadth of scientists’ efforts and the innovative methods used to explore our universe. Vyskopov says X-ray polarization was once a closed window on the universe that has now been opened, and yet a set of invisible mysteries will be deciphered.

Seizures of tarantulas, beetles and scorpions of rare species at Columbia airport 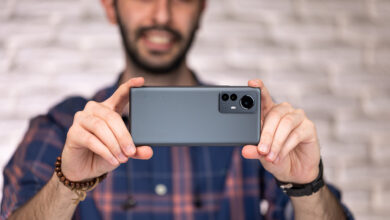 Regulations for supporting freelancers; From high speed internet to social security insurance for the credentialed 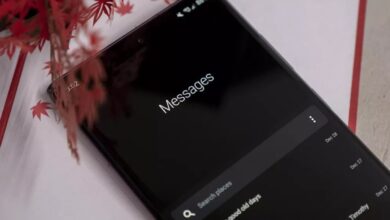