Have you ever wondered how much we humans are fascinated by robots? Many of us have imagined a future in which humanoid robots have become part of our daily lives; That is, they walk with us, talk to us, sometimes do housework, and sometimes, in the style of Nier: Automata Android, are used as dangerous and tireless weapons in the fight against space creatures.

What do you think is the reason for this fascination? I do not know the reason is the need for labor; Because AI already does a lot of everyday human work, from sweeping to driving and even heavy and complex processing, without having to look like a human when doing it.

It seems to me that some of us are so insistent on imagining a future in which robots speak and behave just like humans, to our desire for immortality. Many science fiction stories tell of the future in which human beings have succeeded in transferring their minds and memories to the machine body and immortality, thereby attaining eternal life.

It may take thousands of years, if at all possible, for such a dream to come true; But today, when we look at these humanoid robots, we may subconsciously imagine ourselves in this metal mold that is free from aging, pain, disease, and death forever; An idea that is undoubtedly a sweet dream for many of us.

Man has not yet found a way to transfer or so-called “upload” the mind to a machine body; But today we are closer to achieving humanoid robots than you think. Just take a look at the Ameca robot, which was first unveiled at CES this year, to see the remarkable human progress in making humanoid robots.

The Ameka robot was the gray face of late 2021 who opened his eyes in a video on Twitter and caused a stir on social media by showing his amazingly human face. Ilan Mask, The CEO of Tesla and the richest man in the world, so far below this video on Twitter showed his astonishment and amazement to see the robot by writing the word “Yikes” and Chrissy Teigen, An American model with 13 million followers, retweeted the video at the time and wrote: “Not at all!” To show his fear or opposition to the path taken by the development of humanoid robots.

While some people went to the desert out of fear or disgust at the sight of Emka and her astonishing ability to imitate human facial expressions, the creators of the robot at the British company Engineered Arts could not contain their excitement and joy. Morgan Ro, Engineered Arts Chief Operating Officer, interviewed Cnet at CES 2022. “Standing next to Emka and demonstrating the robot’s amazing abilities,” he said.

We were very surprised by this. Overnight, the whole Internet was talking about possibilities. The video we posted on Twitter was viewed 24 million times.

In Morgan Row’s view, the reason for this astonishing feedback goes back to Ameka’s appearance, which is neither quite like a robot nor quite like a human. In the field of aesthetics, there is a hypothesis called “Uncanny Valley” which says that if the robot is very similar to a real human, but the difference between them is still recognizable, humans will react negatively to seeing this robot.

Nowadays, all the robots that have tried to get close to the real face of humans have given us a sense of repulsion. For this reason, Engineered Arts decided to expose its robotic parts in Ameka’s design.

Ameka’s body is all metal and plastic, and no human-like “skin” covers it. His face is also deliberately gray and genderless, designed to keep his distance with a completely human appearance. Ameka’s skull has 17 separate motors to control head movements and facial expressions. These facial expressions and wrinkles are so precise and detailed that it amazes everyone to watch them.

In the future, humanoid robots will be a combination of machine and human appearance

That being said, anthropomorphic robots will look like this in the future: a combination of machine-like and human-like appearance.

Before concluding that robots look best with a combination of human and machine features, Engineered Arts developed the Mesmer project, in which robots were designed from 3D real-time scans to ossification and texture. Their skin and facial expressions may resemble real human beings as much as possible.

However, because of the “illusory valley”, watching the Mesmer robots was much more daunting than watching the Ameka robot; For this reason, Row believes that the future of humanoid robots belongs to robots like Ameka. He further added:

We find that when we try to get something as close to reality as possible, like the production line of chrome robots, the result is a little scary; Because it creates an illusory valley in the viewer. However, when we were designing the amka, we deliberately pulled it out of the delusion. Amka bears little resemblance to man; Because its body is plastic and metal, and because its skin is gray, it scares people less.

In addition to the fact that Amika was not intentionally made to look like a human, she still can not run or jump or dance like the Boston Dynamics robots, and can only shake her hands and head and answer some of the questions she is asked; For example, “What do you feel about CES?” “Well, as a robot I have no sense; “But if I had, I would be very happy to be here.”

If you are looking forward to the day to buy one of these humanoid robots for yourself, unfortunately we have to say that there is a lot of time left until that day and it takes at least 10 years for the Ameka robot to be used in service environments such as airports. However, if you are one of those people who are afraid that one day these robots will walk among us, we can give you the good news that we still have to worry about the decline of humans and the rise of robots. 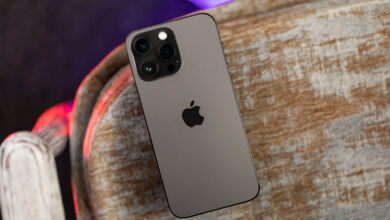 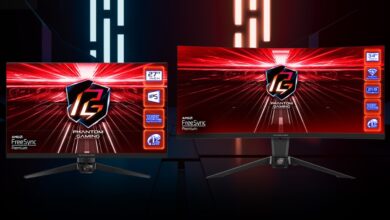 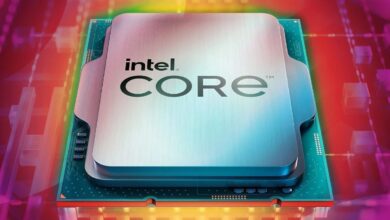 Intel’s fireworks in the economic category; 65-watt processors of the 13th generation are 64% faster than before 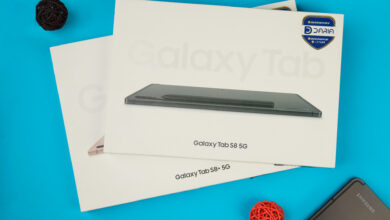