Everyone knows that Mount Everest in the Himalayas in Nepal is the highest mountain in the world. This is one of the truths that has been etched in our minds since childhood; As we know it Neil Armstrong He was the first to walk on the moon or the blue whales are the largest animals that have ever lived. So you may be surprised to hear that there are other peaks that can be considered the highest peaks on earth. It just depends on how you measure it.

Judging by various parameters, including the tallest in terms of height, the tallest from the base to the summit, and the tallest based on the farthest point from the center of the earth, which is the tallest mountain in the world? Undoubtedly, Mount Everest, located deep within the Mahalangur Mountains in the Himalayas, is the most famous and fascinating mountain on our planet.

Everest in the local language to it چومولونگما Means Mother Earth Also said and May 29, 1953, Tanzing Norgay From the native people of Nepal and Edmund Hillary New Zealand conquered it for the first time. Since then, about 4,000 people have successfully climbed it. According to the Guardian, the mountain has claimed more than 300 lives since records began in 1922. Mount Everest is the tallest mountain in the Himalayas; But are there other mountains on earth that are higher?

Over the past few decades, researchers have repeatedly measured Mount Everest; But the latest assessment, announced in November 2021, shows its altitude of 8848/86 meters above sea level; That is, it is approximately 8.8 km high. This height is very impressive; But it begs the question: why use high altitudes when determining the world’s highest peak?

Martin Price, A professor at the University of the Highlands and Islands of Scotland, told LiveScience:

For measurements to be comparable, we must have a fixed baseline. Historically, and even today, altitude is usually referred to as altitude above average sea level; However, this measurement must be made with the standard sea level average in mind. Sea levels vary in different parts of the world and are changing due to climate change; As a result, height is now measured against the earth’s geoid.

A geoid is a model of the global average of sea level used to measure accurate surface altitudes. This average is used to determine the height of mountains. In this process, it is sometimes necessary for the aircraft to move back and forth on the mountain in parallel lines to measure the amount of gravity at the peak. These measurements, along with GPS readings, will accurately determine altitude. Mona Kia Observatory on the Big Island of Hawaii

Mostly mountains are measured above sea level for convenience and coordination; But what if the measurements were made from base to peak? Was Everest still at the top of the table? The answer to this question is no. In that case, it would be Mona Kia, Hawaii ‘s inactive volcano. Although its peak is 4,205 meters above sea level, which is less than half the height of Everest, most of Mona Kia is hidden below sea level.

According to the US Geological Survey, when measuring from the base to the summit, the Mona Kia reaches a height of 10,211 meters, which is a head and neck higher than Everest. So, should we consider Mona Kia the tallest mountain on earth? “It depends on your point of view,” Price said. “If there was no ocean on Earth, there would be no debate, and you could compare it to the highest mountains in other objects in our solar system that do not have an ocean.” Mount Chimborazo is located in Ecuador very close to the equator.

Meanwhile, another claimant, Mount Chimborazo in Ecuador, has a peak that is the farthest point from the center of the earth. Chimborazo is not the highest mountain in the Andes and is not even among its 30 highest mountains; But proximity to the equator is what makes the difference.

Earth is not a perfect sphere and is technically a quasi-sphere that extends in the region of the poles and protrudes along the equator. This is the result of the force of the earth’s rotation; As a result, there is a difference of 39.21 km between the polar radius and the Earth’s equatorial radius.

Chimborazo is located one degree south of the equator; That is, where the protrusion of the earth is greater than anywhere else. This geographical feature means that Chimborazo Peak is 3,967 miles (6,384 km) from the Earth’s core and 2,072 meters from the Earth’s center compared to Mount Everest. So which of the three highest mountain contenders should win first prize?

Whichever mountain you choose, its upgrade will be negligible compared to Mount Olympus on Mars, the largest volcanic mountain ever identified in the solar system. The volcano is about 25 kilometers high, which is almost three times higher than Everest, and its base diameter is estimated at 9,601 kilometers, which is approximately equal to the distance between San Francisco and Los Angeles.

There is also a collision called Recilovia on the asteroid Vesta, which is part of the asteroid belt 100 million miles from Earth. At the center of the crater is a peak that scientists believe is 20 to 25 kilometers high; That is, it may be the highest mountain in the solar system. 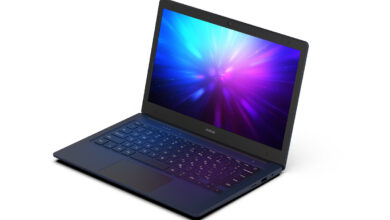 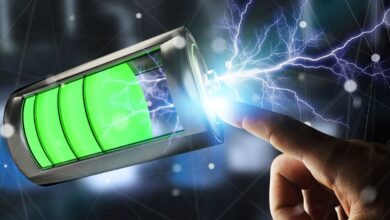 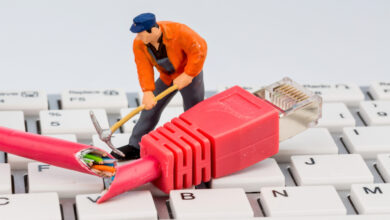 Ministry of Communications: Telecommunication should compensate the damages caused 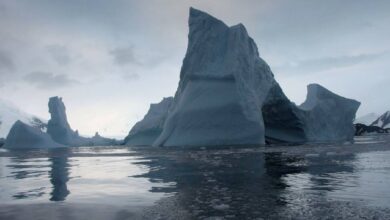 A huge piece of Antarctic ice broke in three days