Aoashi is a football anime that deals with the essentials of professional football from a realistic path, both in the field of sports and in the side dimensions of the story. Be with Zumji by introducing this anime.

Summary of the story:

Aoi Ashito has become the main piece of the school’s football team in his third year of junior high school. Ashito, who is the main reason for his team’s wins with his thirst for scoring and unpredictable movements, loses control in a game and one wrong move leads to the loss and elimination of his team. Ashito, who sees his hopes and dreams lost, then meets a man named Fukuda Tatsuya; Someone who wants to bring the Japanese national football team to the top level in the world.

Fukuda, who noticed Ashito’s special talent and potential, invited him to participate in the Tokyo Spurion youth team test. Traveling from a small town to Tokyo and being in an unfamiliar environment where other talents and experienced people are present, creates difficult and different conditions for Ashito’s talent to flourish.

Sports anime have always been among the popular genres of anime. Now, if the desired sport is football, this attention will be even more. But football animes do not have an easy task to create attraction and become a work that attracts the audience. In fact, sports animes, especially if they are focused on football, apart from the need for a coherent structure, need a distinct and non-stereotype feature to advance the events and matches. For example, the Captain Tsubasa anime showed an exciting and memorable fantasy habit breaking in the football game by using the charms caused by the exaggeration of sports movements in a surprising and epic way, by introducing the heroes who crushed the laws of physics.

But in Aoashi’s football anime, everything happens in a logical way and on a realistic basis. No more wildly exaggerated stunts, fancy tricks and jumps, net-splitting, wall-piercing ballistic shots, never-ending watermelon-striped grass, huge stadium crowds roaring for a school game, and long waits for a shot in the middle of a flashback. Memories and dialogues are not lined up. Even Ashito’s highlighted talent is a means of expressing a real logic of football, which has been seen in various forms in the myths of its history. Well, with these conditions, at first glance, we can expect a boring series that introduces the principles of a popular and well-known sport. But what is Aoashi’s trick to save himself from being caught in this vortex? Aoi Ashito, being at the top of the story, is its central character. This issue is emphasized in the naming of Aoashi’s manga and anime. The makers have combined the first part of the protagonist’s name and surname with a word game. A combination in which Ao means blue and refers to the color of the Japanese national team shirt, and Ashi means foot, reminds us of football. This combination also refers to its new generation in other ways. Aoi is also a character with an innate talent that should be developed by interacting with experienced players and coaches. Therefore, all the important characters around Aoi provide grounds for her growth.

Thanks to its experienced creators, Aoashi’s anime succeeds in portraying the fundamentals of football in a realistic manner.

A very popular and successful example of such characters in the anime world is Luffy from the anime One Piece. Apart from having a big goal in mind, Luffy becomes the center of attention and the center of acceptance with this impact and effectiveness of gathering and revealing his great hidden potentials. For this reason, Aoi, as a character whose entire basis of the story originates from the definition of her situation, steps forward as the center of attention, and with the help of the powerful presence of the side characters, she accompanies the audience along this path. This modeling from other leading examples requires a flourishing characterization, smooth storytelling and standard formatting, which the experience of the production team, especially in anime, has helped to improve.

The fact that the production of the anime was done by IJ Production Studio is a part of the quality of the output. A studio whose numerous productions include famous sports animes such as Prince of Tennis, Ace of Diamond, Run with the Wind and Haikyuu is enough to expect a sports anime. Have another quality. In addition, the presence of Masahiro Yokotani as the writer of the screenplay raises the level of expectations. Yokotani is the writer of anime scripts such as Beelzebub, Bunny Girl Senpai and the sports anime Free. The coherence of the script is clearly visible when the story outside the competition field is setting the stage for the introduction of the next challenge and competition. Besides, part of the catchiness of the story is related to the interaction of the co-stars and, on another level, the emotional relationships between the attractive characters of the anime, whether serious or comedic. On the other hand, the drama in the story that starts with Ashito’s relative poverty, although it is faint, it opens the story to issues such as financial problems and the living conditions of the family in polishing the motivations and focusing on the main goal of the story. In addition, the fact that Ashito came to Tokyo alone from a small town has expanded the definition of his independent character (the same thing that many people prefer to support Kojiro Hyuga – or Kakuro Yuga) in front of Captain Tsubasa. In addition to these characteristics, Ashito has a strong presence even in comedy sections. In fact, in the creation of this character, we have tried to use all the events that are effective in the development of his character, such as the conflict between financial wealth and talent, being in the center of attention and being alone, being innocent in behavior and playing dumb while being talented. So it is natural that this rawness and ambitions related to Ashito’s age range are more noticeable at the beginning of the work. In this respect, the anime has tried to maintain the logic of the real world in its characterization, just like the style of its presentation of the football game.

In addition, Aoashi’s anime pays attention to professional football issues and perspectives, such as the thinking of a coach or nutrition consultant, and even psychology. Therefore, wherever the techniques and tactics are tied with the team spirit and the physical conditions of the players, the capacities necessary to step on the professional path are carefully addressed. To read the rest of the text, it is better to have seen the first season of the anime

With Ashito as the hero in the spotlight, it’s only natural that some of the action outside of the match is dedicated to Ashito’s emotional connection to characters like Hana, other than teammates and rivals. Of course, Hanna’s presence in the story also addresses the importance of sports nutrition, which is an important factor in professional football. In the same way, if the story for Hana is about other competitors, it will end as an excuse to enter into the technical aspects and structural information of football.

But all these issues turn into an interesting climax in the narrative in the most important twist of the story in the first season, which is the change of Ashito’s position. A problem that the anime was secretly preparing for from the beginning, and if Aoashi was only a realistic sports anime based on the principles of progress in professional football, now it has a big message like the need to change the style of play (or life) based on hidden talents. Becomes.

That is, the story does not rely only on having interest, effort, and perseverance for progress, and considers change based on existing and conditions necessary to grow with full strength. In the same way, Aoashi anime expresses how to find ways to grow in life from the heart of its inherent charms. For this reason, paying attention to these listed points in the heart of the events of the story is not boring at all and shows a tangible framework in reaching ambitions with a warm tone. The fact is that sports animes are similar in general, and these are the central ideas for establishing the story and shaping the competition, which makes the difference.

The two animes that are introduced below have implemented this distinction in the type of sport and the style of their talent competition, respectively, which is what is needed to make a non-repetitive and refreshing anime in a sports field. Hinata Shoyu falls in love with volleyball after watching a national championship volleyball match on TV. After joining the school volleyball team, he loses against a team that has a star named Kageyama in the composition, but with more motivation to pass Kageyama’s level, he soon plays with him in his new team, and now he has to face bigger challenges together to progress. let them

Haikyuu is another highly successful experience of IJ Production Studio in making sports anime. In addition, apart from the symbolic presence of the crow in both animes, the main hero is passionate and has an innate talent that plays a key role in the development of the team’s game. 300 of Japan’s top football talents in the forward position enter a project called Blue Lock. Chinpachi is a mysterious and eccentric coach who sees the achievement of the world championship dream as finding a full-fledged striker in Blue Lock. Only one person who wins the tough competition of Blue Lock has the right to be in the national team. Yuichi Isagi, who missed out on being selected for the national team due to the weakness of the school team, decides not to miss this opportunity to fulfill his big dream.

Both animes deal with football, but Blue Lock has a different setting compared to Aoashi. However, there are similar goals such as reaching the national team and making it stronger in both. In addition, the main hero has high potentials in terms of mental and alertness to situations. 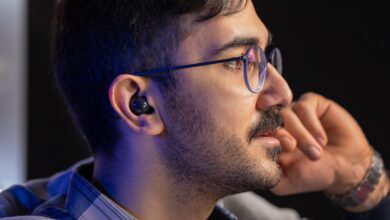 Soon, the sound quality and battery life of wireless headphones will be greatly improved 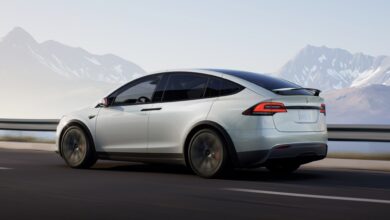 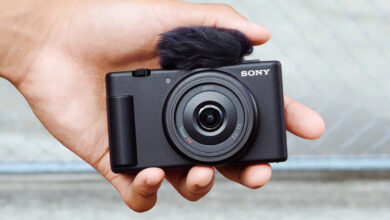 Sony ZV-1F was introduced; Inexpensive and light vlog-oriented camera with performance “one step above smartphones”