The first time the photo Pixie Curtis I saw 10 years old, I remembered Alio’s character in Little Miss Sunshine; The same sweet and determined little girl who wished to win the Deserving Girl’s race and, in order to achieve this dream with her family members who did not have a good relationship and were in a bad economic situation, rode a broken Volkswagen to California.

However, Pixie is not looking to win these contests, and she happens to have a great relationship with her mother, and she has never tasted money since she was born. In addition, unlike Alio, who failed to win the race, کسی Pixie seems to have nothing left to achieve her dreams.

a few months ago, Raksi Jysenko, Pixie’s mother and director and founder of Sydney-based public relations firm Sweaty Betty PR, interviewed the media about her 10-year-old daughter’s success in business, and it made many of us feel jealous. Roxy, 42, said in an interview that her daughter has enough money to retire at the age of 15 while becoming a “multimillionaire”:

In our family, it is often the joke that I have been working until I was 100; But Pixie retired at the age of 15. I know well who is smarter between the two of us.

Jisenko said of her daughter’s dreams that for most of us who are three times the age of Pixie, it is an impossible and unattainable dream; But for Pixie, “there is nothing left” to reach them:

Pixie has many dreams, including having a beach house and a Lamborghini Urus in the garage. Well, to achieve these, he needs to work harder and harder; But there is nothing left to achieve his dreams.

Jisenko talks about the “intelligence” of his 10-year-old son; But it is clear that Pixie’s million-dollar fortune is the result of her mother’s marketing efforts and skills, the Instagram wheel of fortune, and a process called “preferred connection” fueled by social media algorithms.

The first time Pixie was mentioned was in early 2014, when she was only two years old. Shortly after Pixie was born, her mother created an Instagram account for her and shared photos of different moments in her life with the world. Shortly afterwards, Pixie’s popularity on the platform reached the point where she was nicknamed the “Instagram Princess”. Now that Instagram’s luck has taken its toll on the account, Jysenko took the opportunity to launch a line of bow ties and other children’s hair accessories called Pixie’s Bows for his daughter.

Now it was the turn of the “preferred connection” process and Instagram algorithms to push Pixie on the path to becoming a millionaire quickly. Preferential attachment is a process in which a quantity such as money and visit statistics and likes or even the number of friends is given to a person according to the amount he already has. You’ve probably noticed that the higher the number of views of a video or photo or post, the more likely it is that it will be automatically recommended to others or that it will get more news due to more views.

The process is like a snowball rolling down a snow-covered hill. The more snow it collects, the larger its surface area to absorb snow, and the faster it grows in size. Similarly, when the Pixie’s Bows brand became relatively popular, it attracted the attention of celebrities who bought Pixie bow ties for their children and posted photos of them on Instagram. On the other hand, the attention of celebrities to the Pixie brand multiplied the fame of this brand, and now reputable stores were looking for Pixie’s Bows products to sell them and add another few million dollars to the girl’s fortune.

The success of the Pixie’s Bows brand prompted Jysenko to launch Pixie’s second company, Pixie’s Fidgets, in March 2021. The Pixie brand name was now so well-known that sales of Pixie’s second-generation Fidget toys reached $ 200,000 a month after its founding. Currently, both Pixie brands work with Pixie’s Pix, which sells bow ties and toys on an online platform.

The value of Pixie’s Pix is ​​estimated at about 13 million dollars (390 billion tomans) and the value of Pixie’s shares in this company is currently several million dollars. Pixie’s Pix’s revenue is projected to grow to $ 3 million a year, and Pixie Curtis’ fortune at $ 18 million will reach $ 21 million if the Pixie brand’s popularity and growth rate are maintained at the same level, according to Australian Daily Mill. However, the net worth of his assets will increase depending on the size of his stake in the company.

In addition to Pixie, Jysenko has started a company for his seven-year-old son, Hunter. Interestingly, Jysenko believes that starting a company for his children will help him spend more time with them. He said in an interview with one of the media:

It has been a great blessing for Pixie and Hunter and I to spend time together about what products to sell, how to photograph them, or which influencers to choose. Until now, I felt I could not get enough of them because of my job; But now I work for them and I love it!

Jysenko told the media when he created an Instagram account for the two-year-old Pixie that he had no strategic plans in mind; But he intends to strengthen his son’s financial strength. گفت He said that a week after Pixie was born, I opened a bank account for him and all his income would be stored in this account. Jysenko added that he wants to teach his son how to spend money wisely, work hard, and not waste his money on material things until he has a fortune.

The news of the 10-year-old becoming a millionaire in a world controlled by complex social networks such as Instagram and Facebook has long been a place of insecurity for this age group from the point of view of researchers and experts. A few months ago, the Facebook scandal, now renamed Meta, surfaced in the media after the testimony of a former employee of the company, Frances Hagen, and once again raised the important question of how socially social networks, including Instagram, are for mental health. Are users, especially children and adolescents, dangerous?

In documents submitted to Congress, Hagen stressed that Mark Zuckerberg was aware of the dangers and inefficiencies of his platforms; But in any case, it has chosen to think only of its own growth and become a multibillion-dollar company by spending our security to increase its profitability.

Although Jysenko has acknowledged that if his daughter no longer wants to play a role in the company, she will have no problem, and only her “happiness” matters, the fact that the world we knew is changing rapidly and many of us still want to. We are not prepared enough to deal with its unknown issues.

These days, social media fortunes make ordinary users millionaires and “celebrities” and the lifestyles of them and their followers undergo major changes. Still, how reliable are these platforms, and where is the 10-year-old millionaire today, 10 years from now?

Cheap iPad 10, Apple priced with 5G support and new hardware to be introduced later this year 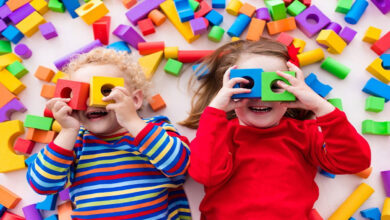 Google has unveiled its app widgets for iOS 16 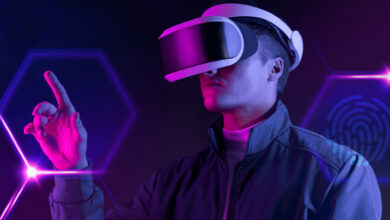 Microsoft and Meta, along with dozens of other companies, formed a forum to set Metavars standards 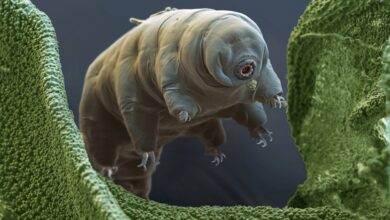