Uber said in a press release that the company will make voice recording available to users in three cities in the United States later this month. At the beginning of the trip, passengers and drivers can activate this feature by clicking on the bumper icon in the application toolbox and selecting “Voice Recorder”.

Both groups of passengers and drivers can record the sound of their individual journeys; There is even an option for drivers to do this when they are looking for their next passenger. The passenger will be notified if the passenger is using the feature.

Uber first launched voice recording capability in Latin America in 2019. According to Warez, this is the first in-app feature that provides audio documentation of the ride. Uber allows drivers to use an in-car camera (DashCam) to record trips, subject to local regulations.

How is the privacy of audio files? These files are said to be encrypted and stored on passenger and driver devices; But no one can access them, not even Uber itself. If the passenger or driver decides to submit a safety report, he can attach an audio file. Then, a trained Uber security officer decrypts and examines the recorded file.

According to press releases, in addition to voice recording, Uber will soon be releasing seat belt voice alerts. This alert is sent to the driver’s smartphone, reminding him to fasten his seat belt. Uber announced that this feature will be available in the United States in early 2022.

The National Highway Traffic Safety Administration (NHTSA) reported that in 2020, seat belt use was 90.3%. NHTSA also said that of the 22,415 occupants of passenger cars killed in 2019, 47% did not wear seat belts. According to the NHTSA, From 2019 to 2020, there has been no significant change in the use of seat belts.

Uber also spoke about new enhancements to its RideCheck feature, first launched in 2019 to detect crashes and unusually long stops. RideCheck can now detect when Uber drivers are entering an unexpected direction.

Also, the system now notices if a trip ends abruptly before the final destination. If these types of issues are identified, passengers and drivers will be notified to make sure everything is safe. Uber first released a safety report in 2019 that looked at data from 2017 to 2018, as well as numerous occupant complaints. Eventually, the observations also benefited the drivers; Because some of them had complained about the passengers.

Uber is constantly offering new safety features in response to the problems of drivers and passengers who experience unsafe conditions during their travels, including allegations of rape. In general, the company strives to create the safest conditions for its users. 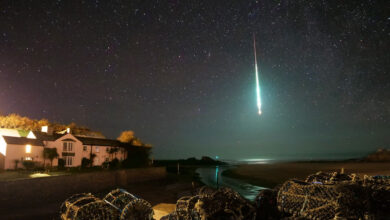 Meteors and meteors; What are the features and differences of each? 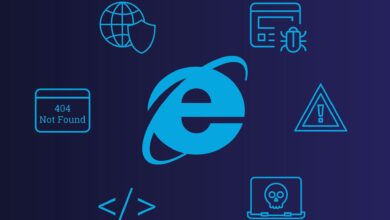 return from death; A trick that revives Internet Explorer in Windows 11

4 essential plugins for a more complete user experience with GNOME