You may not come across a collection of colorful and gourmet food posts while browsing social media; But do these posts really influence your food choices? Each of us is free to choose our food if we are lucky enough.

When you open the fridge or search the shelves of your local supermarket, you come across a variety of foods; But do we think we are free to choose our diet? Apart from hunger, what other factors influence our choices?

Browsing social networks such as Instagram or Twitter or Facebook, you will come across a huge collection of high quality images of delicious food. Although the taste and smell of food have an undeniable effect on our taste, do not the numerous posts of delicious food and snacks affect our choice?

The answer to this question is definitely yes. It is clear that when it comes to food, we are strongly influenced by others, especially those around us. Research shows that the closer a person’s relationship is to each other, the more they dominate each other’s food choices.

Many references to face-to-face interactions are directly related to our identity. This relationship is more about how we compare ourselves to other people. If I think my partner is more attractive or popular, I’m more inclined to be popular and attractive.

Overall, social cues encourage us to eat more; However, if you are with healthy people, you may also be encouraged to eat healthy. In fact, our eating habits are influenced by what we see. Sharing pictures of fatty and sweet foods on social media has led many people to turn to unhealthy food options.

“Susan Higgs, a professor of biopsychology at the University of Birmingham in the United Kingdom, says:

Evidence shows that when you see pictures of food, visual arousal forces you to crave that food.

Although Higgs believes that people’s desire for a particular food also depends on a number of criteria, such as the type of food available, social media is the only place where social and visual cues interact.

Evidence suggests that if your friends regularly post on social media about certain types of food, you may want to imitate them. Research shows that social networks change the way we relate to food and give us a different perspective on what we eat.

Research shows that interactions with fast food images are more likely, according to Ethan Panser, professor of marketing at the University of Senmari in Halifax, Nova Scotia, Canada. This is especially true for saturated fats; Because these foods make us feel good because of the release of dopamine and stimulation of pleasure centers in the brain. Humans are inherently in search of high-calorie foods, and this trait has helped our ancestors survive.

Evolutionary psychology shows that people feel happy when they see these foods; As a result, they become more involved with it.

Tina Tsitor, Assistant Professor of Marketing at the IESEG School of Management in Lille, France, says:

Healthy foods often look dull; While processed foods are more attractive. In advertising, we see healthy foods in social contexts. For example, people gather with their friends to eat these foods; While healthy food advertising places more emphasis on nutritional value. Seeing friends eating salads together does not seem appealing.

Scientists are very concerned that the food content of social networks will change people’s attitudes towards food. Social networking algorithms enhance the content that is most appealing to users; As a result, seeing unhealthy foods means spending more time on social media feeds.

It is estimated that children and adolescents see food marketing on social media 30 to 189 times a week. Fast food and sugary drinks are common examples; But food advertising alone is not to blame. “Patricia Kavazos, a professor of psychiatry at the University of Washington School of Medicine, says:

Advertising is for product promotion, and influencers play a similar role. The content of social networks is very influential in terms of influencing emotions and social norms and norms about behaviorism.

Kawazos believes that if the content that people see leads them to unhealthy habits, it will have dangerous consequences. He says:

Some people are less affected by the content; But people who are at risk and have symptoms such as eating disorders are more likely to engage in unhealthy behaviors when confronted with content that normalizes unhealthy eating patterns.

Although research shows that social media can influence people’s minds about food, and that people are more likely to engage in unhealthy food content, it is unclear whether these platforms can influence behavior change in daily life.

When I browse Instagram and look at pictures of delicious food, my preference for that food depends on criteria such as hunger and availability. Also, eating affects us more than what we see online. Research shows that we use a variety of information when deciding why and how to eat. In fact, momentary effects are combined in such a way that a single reason for this behavior cannot be found.

In addition, research shows that these effects can include the level of nutritional knowledge, body ideals, cooking skills, and cost. Although researchers can easily isolate potential effects on social networks to see how they affect diets, there are still more real-life criteria that are overlooked in these studies.

Social media may be the dominant measure of behavior change for some people in certain situations; But it is not the only criterion.

According to Melissa Atkinson, a psychology lecturer at Bath University in the United Kingdom, the impact of social media on us varies from person to person. He says:

There is a big difference in how people react to social media images and psychological and biological processes.

Some people react more rewardingly to food cues. Under these conditions, the brain sends pleasure signals after seeing certain foods; As a result, they are more likely to react to food clues no matter what they see.

Researchers are looking for ways to positively influence social media on eating habits, even without definitive answers. For example, Tessor has found a way to excite healthy foods on social media. He created two equal Twitter pages; But one page had 23 followers and the other had 400,000 followers. Both accounts shared the same tweets about eating healthy.

Tsitor showed participants one of two accounts, and when asked “How do they feel about eating a salad?”, People who saw the account with the most followers were more likely to eat the salad. One of the reasons for this reaction is the tendency of people to influence more. They think influential people are more likely to influence others. Although food images can affect our eating habits, there are other clues with more severe effects.

Although the findings do not reflect the whole truth, if people are regularly exposed to various streams of information and images and tweets, we will see a similar effect on them as the number of Twitter followers. Nevertheless, we are still far from encouraging people to pursue healthy diets with salads posts. The sponsor states:

We have evolved in such a way that we are inherently looking for high-calorie food in scarce environments; But just feeling good about food is not the end result.

Panser has concluded in his research that when we find out why seeing pictures of burgers and chips makes us feel good, the effect of feeling good will disappear. In other words, if we realize that we are biologically designed to feel good seeing images of burgers, we may be less able to impress ourselves with these images.

In a study, Panser and his team asked participants to watch two videos. One of the videos contained high-calorie food and the other showed a low-calorie food. People who watched the high-calorie food video felt better. In the second part of the study, Panser told participants that their feelings were not based on the food they saw; It depended on the low-frequency sound played in the background; But it is not detectable for humans.

Needless to say, the group that received the audio information was no longer interested in watching the video; But by setting aside social media and returning to real life, we find stronger motivational effects on food choices.

Nutritional gestures have stronger performance in person; Because when we browse the pages, we do not feel the same and do not get too involved. Meanwhile, some research shows that if we browse a lot of images, we end up getting tired of them.

UK Market Competition Agency: Apple and Google do not care about users' choices in their App Stores 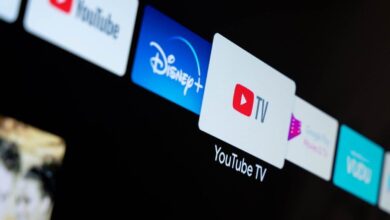 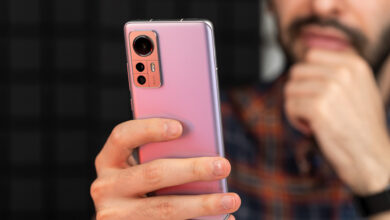 The price of the Xiaomi 13 series is likely to increase significantly compared to the Xiaomi 12 series. 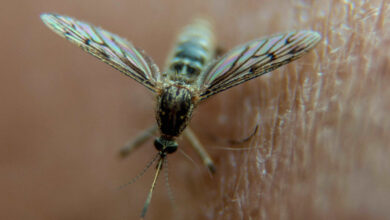 How do some viruses make humans smell more attractive to mosquitoes?

HarmonyOS continues to grow at an impressive pace