When we leave a group of endangered animals in the wild, we always hope that they will survive, but this usually does not happen. We find carcasses of bilberries (long-nosed mice) under bushes, we find carcasses (scorpion kangaroos) that have been dismembered by feral cats, and we find rock-and-fur coats in the fox feces.

For the past 25 years, I (Katherine Mozby, an associate professor at the University of New South Wales and author of The Conversation website) have witnessed the devastation caused by Australian non-native foxes and cats while trying to protect endangered mammals. At Arid Recovery Research Center, we have tried many times to protect the Bilbis, Boutongs and Wallabies outside the fences. Unfortunately, Australian native animals have not evolved with these shrewd predators and do not have the anti-predator behaviors or physical characteristics needed to avoid them.

So what to do? After years of disappointing results, we are trying a new approach. We want to help Australian Indigenous bag owners become more cautious during the evolutionary process and increase their survival. This is done not in enclosed shelters but in nature and with these clever predators. Wild cats are hunting at night in Central Australia

Why are Australia’s native mammals so easy prey?

We would not have had to do this if the Australian Indigenous bag owners had more time to adapt. But rabbits, foxes and cats act like the evil trinity. The establishment of Europeans was accompanied by a large number of rabbits. These animals competed with native bagpipers for food and became the food of cats and foxes, increasing their numbers. This damage was exacerbated by extensive land clearing and overgrazing.

Species of extinct mammals to date include diggers or smaller marsupials, including vultures, bandits, and rodents weighing 35 grams to 5.5 kilograms. Smaller or larger species are more safe, but the animals in this range feed on cats and foxes.

The problem we face in terms of conservation is very difficult, because to protect the most vulnerable species (shark bay bandits, woodpeckers and wood-nest rats), we must breed them in safe spaces. They live behind high fences, while hunters roam outside. When you raise animals in captivity, they become more inexperienced with predators. So, what is the solution? Should we always keep these rare marsupials under protection? We spend millions of dollars every year controlling cats and foxes through trapping, shooting and baiting. Much less effort has been made to improve the reaction of the animals they prey on.

If native mammals are to regain some of their former habitat, they will eventually have to live with cats and foxes in more wildlife. They need our help to do this.

Can we speed up adaptation?

To date, most efforts to improve the reactions of prey animals that have not encountered the predator have been made through the experience of predator symptoms. For example, they have been exposed to loud noises, chases, taxidermy foxes, models of predators, and the smell of predators. Unfortunately, the results have generally been poor or short-lived.

In response to these challenges, we have tested a more intrusive approach, which is to expose the hunter to the natural environment. We expose endangered mammals to the low density of real predators over long periods of time to accelerate natural selection and learning by encountering the real predator. For the six years we have been conducting this experiment in South Australia, this approach has yielded promising results.

We placed the diggers’ bilbies and cannons in the enclosure and added a few wild cats. Then we waited. Over the next six years, we compared their physical characteristics and behavior over time with the control population that was not exposed to predators. Bilbies exposed to cats became more cautious and sought refuge with thicker coverings. When both groups entered the area where the cats were present, the group had a higher survival rate than the control group.

Within 18 months, it became much harder to get close to the bongs that had been exposed to the hunter at night. Interestingly, over the years, their hind legs became taller than the control populations and they reacted faster during the escape from predators, although they were not yet fast enough to see a significant difference between the survival of the control group and the populations exposed to the cat.

In short, the placement of animals inexperienced by hunters, after a few generations, changed their behavior and in some cases increased their survival. This is good news.

You may be wondering why this does not happen naturally in wild populations. In some cases, this happens. Many native Australian mammals now recognize and respond to dingoes. Dingoes have only lived in Australia for a few thousand years. The problem is that the density of cats and foxes is probably so high that prey can not adapt to them before local extinction.

Studies have shown that anti-predator behavior can be eliminated in just a few generations. It is encouraging to know that this behavior can also be recovered relatively quickly. Drilling rigs were once abundant in Australia

Will these changes be sustainable?

What we need to know is whether the observed changes are due to flexibility or choice? If it is due to flexibility, that is, the changes and learning experienced by the Bilbis and Betungs may not be passed on to the next generation. If choice is at stake, that is, constant exposure to the predator can lead to changes in the genetic structure of the species and further improvements and adaptations over time.

So which of these is it? Preliminary results suggest that selection may be occurring in some traits such as hind leg length. Similar efforts to train northern quails to avoid sugarcane toads have shown that learned behavior can be inherited. This type of auxiliary evolution is also being tested on corals to give them the adaptations they need to survive in warming oceans.

We need a wide range of approaches to achieve the dream of successful coexistence between non-native predators and native mammals. These approaches include better ways to control predators to reduce their numbers, improve habitat quality for native mammals, and enhance hunting responses.

We urgently need a better understanding of predator thresholds (the level at which prey native populations can be sustained or increased, and at the same time there is sufficient selection pressure to develop new behaviors and traits). Under these conditions, one can expect some (but not all) native species to eventually adapt to non-native predators. 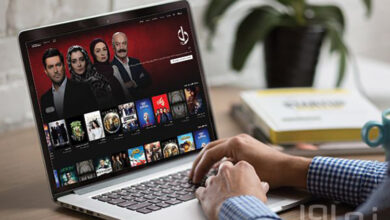 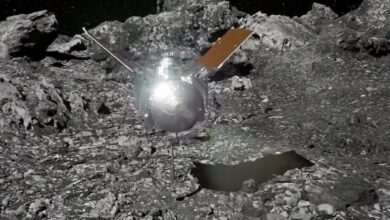 NASA spacecraft’s surprising discovery: Asteroid Bennu is very different from what it seemed 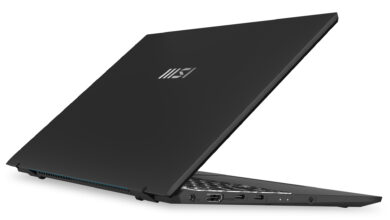 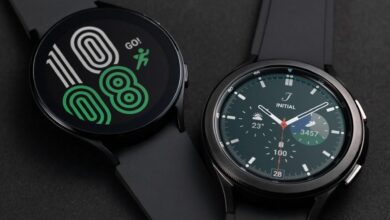