The city where, according to the Bible, some of Jesus’ most famous miracles took place is now the subject of debate among archaeologists.

The New Testament speaks of Beit Sidon as a city where miracles were performed by Jesus. In this city, he restored the sight of a blind man. Also, this city was located near Lake Jalil; Where the Bible says Jesus walked on water.

Today, two archeological sites about two kilometers apart (et-Tell and el-Araj) are considered the main candidates for Beit Sidon, but archaeologists do not agree on which site is the same as the one mentioned in the Bible. Is. In the Gospel story, Jesus walks on Lake Galilee near Beit Sidon.

Since 1987, a team led by Rami Araw, a professor of religious studies at the University of Nebraska, has been exploring the At-Tel area. This group believes that this area is the same as Beit Sidon. Over the decades, they have gradually excavated a city that dates back more than 3,000 years and has been inhabited by people for thousands of years. The fact that At-Tel is the same as Beit Sidon seemed so convincing that the government of the occupying regime in Jerusalem recognized the area as Beit Sidon around 1995. The location and size of the grounds influenced this decision. However, as more findings have been made in recent years from the rival Al-Araj site, the government has reduced its support in this regard, instead declaring the entire Et-Tal and Al-Araj area a “natural reserve in the Beit Sidon Valley.”

Judy Magnes, a professor in the Department of Religious Studies at the University of North Carolina who has not been involved in excavations in either area, noted that the Iron Age (1200-550 BC) at At-Tel is very significant and shows that in It was a big city at that time. But another important point is that the remains of the early Roman period, when Jesus lived, are relatively rare in this area, indicating that the area was a relatively small settlement at the time. However, he warned that no conclusions should be drawn until the remains of both sites are fully described.

Arau disagrees, saying the Roman artifacts found at At-Tel are significant, including a Roman temple that was built after Beit Sidon became a city and was renamed Julia in honor of Julia, the wife of the Roman emperor Augustus. کرد. “We have discovered statues that show the temple was dedicated to Julia (Livia) Augustus’s wife,” Araw told LiveScience in an email. He noted that the city wall, built by Philip, son of King Herod, was also found around Ethel. The fact that Philip worked hard to build a wall around this place shows that it was great and important during Jesus’ lifetime. Some archaeologists have suggested that Ethel does not appear to have been large at the time of Christ. This is while according to ancient traditions, Beit Sidon was very large.

Mordechai Aviam, director of the Jalili Archaeological Institute at Kinert College in occupied Palestine, said living in the Araj region dates back to at least the first century AD. He co-led the excavations at the Araj site with Steven Netley, a professor of Bible studies at Nyak College in New York.

One of the most impressive finds in Al-Araj is a large church with a mosaic floor that is about 1500 years old. Scholars believe that a text written by a Bavarian bishop named Willibald in 724 AD refers to this church. Willibald describes the pilgrimage to this church and says: “And from there, they went to Beit Sidon; “The residence of Peter and Andrew (a disciple of Jesus) whose church is now being built.” Archaeologists in Al-Araj have also found the remains of a Roman bath dating back to earlier times.

According to John Schroeder, a retired professor of geography and geology at the University of Omaha, one of the problems with identifying al-Araj as Beit Saida is that geographical studies in the area show that during the first century AD, when Jesus lived, most al-Araj was under water. have been. “At the time, al-Araj was not large enough or stable enough at the water boundary to accommodate many structures,” Schroeder wrote in a 2019 article. Researchers from the Al-Araj team refute these findings, claiming that enough of this area was above the water to have flourished and expanded in Jesus’ time.

In a 2020 article in the Biblical Archeology Review, Araw suggested that part of Al-Araj may have been used as a temporary military camp during the first century AD. He points out that the ancient writer Josephus refers to a camp built in this area by Roman forces during the Jewish revolt against the Romans between 66 and 73 AD.

Robert Cargill, an archaeologist and professor of Judaism and Christianity at the University of Iowa, is convinced that Al-Araj is the Beit Sidon. “The evidence in support of Al-Araj is not only convincing, it becomes more convincing with each passing chapter,” Cargill told LiveSense in an email. Jonathan Reed, a professor of religion at Lauren University in California, agrees, saying Al-Araj is most likely Beit Sidon.

Can both yards be Beit Sidon?

Researchers who did not take part in any of the excavations had differing views on which area is the actual fishing area.

David Graves, a doctor of archeology from the University of Aberdeen in the UK who specializes in biblical archeology, says there is a possibility that both sites are cities mentioned in the Bible. “I believe the hotel is in Beit Sidon and the port of Beit Sidon was in Al-Araj,” Graves told LiveScience.

Aviam said Al-Araj researchers do not think that both sites could be Beit Sidon, because historical records show that Beit Sidon became a city during the first century AD, and they think that Al-Araj was larger than the hotel at that time. Araw also agrees that both places could not be Beit Sidon, but says that after the hotel was destroyed by an earthquake in the fourth century AD, people may have moved to the surrounding area of ​​Al-Araj and retained the name of Beit Sidon. .

Other researchers say they are waiting for more research and information to be released before defining their position on the issue. “In the current state of knowledge and from this distance, it is difficult to draw definitive conclusions on this issue,” said Robert Gordon, a retired professor of Hebrew at the University of Cambridge.

Exploration continues in both areas.

What phones is the Snapdragon 8 generation used in? 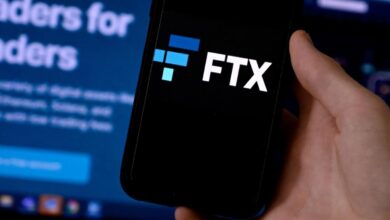 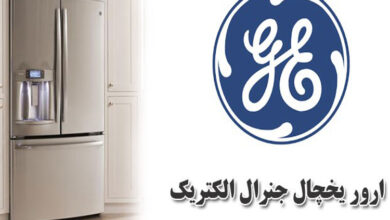 General Electric side by side repair with Digi Repairman 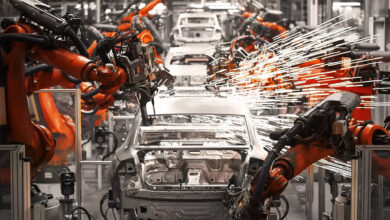 The heat wave in China closed the factories of Intel, Volkswagen and several other large companies for 6 days 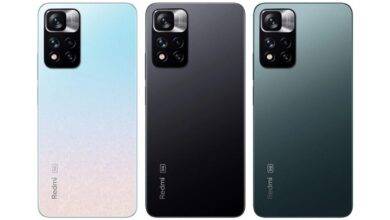