Ray tracing, which simulates the behavior of light in video games, has been available on desktop graphics cards for several years, but is a nascent technique in the mobile world. Smartphones are coming this year with hardware support for ray tracing, and this benchmark will soon have a significant impact on the performance of high-end processors.

Benchmarks expressed in the form of numbers are never perfect, but they seem to be suitable for comparing the performance of hardware components. Basemark has a new tool in its GPU benchmark that checks the performance of various chips in ray tracing.

The In Vitro tool contains heavy 3D content that focuses heavily on lighting, modeling, and detail, but does not render large virtual worlds. In Vitro uses ray tracing to improve the quality of light reflections, and other scene elements such as lighting and shadows are rendered in the traditional way.

Currently, two Samsung Exynos 2200 and Qualcomm Snapdragon 8 Gen 2 chips in the mobile world benefit from the necessary hardware for ray tracing and Vulkan interface, and only these two chips can be examined in the In Vitro test.

To add ray tracing to the Exynos chip, Samsung went with AMD and the RDNA 2 microarchitecture (in the Xclipse 920 GPU). Meanwhile, Qualcomm added ray tracing technology to the Snapdragon 8 Gen 2 with its own Adreno 740 GPU.

Eight jobs that artificial intelligence will destroy in the future 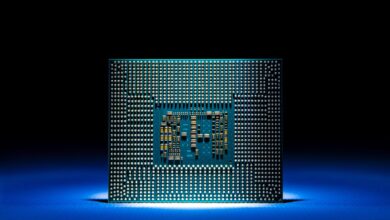 Everything we know about Intel 13th generation processors 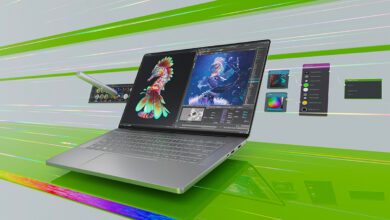 Nvidia plans to work with Intel to produce the chip