In the scene of A.ز بازی Halblaid: Sacrifice of Snow As the protagonist reaches a place like a cemetery, we hear the narrator say, “How strange it is that we bother so much to bury death, a very ordinary and inevitable subject.” It is as if we are all divided to hide death; “Because we have no answer for him.”

A few months ago, we published a full article on “Chatting with the Dead,” in which we described the bright and dark aspects of “virtual immortality” and the use of artificial intelligence to simulate human memories, personality, and behavior. In that article, we talked about mourners who gave survivors the opportunity to somehow keep in touch with their lost loved ones and chat with them and hear their voices; It is as if life after death is taking place in the world of digital and artificial intelligence-based messaging.

For many, the first attempts to “communicate with the dead” began with Roman mourning; The application that Eugenia Kyoda To “chat” with a friend Roman Mazorenko Who had lost his life in a car accident in 2015, and consisted of tens of thousands of Roman messages exchanged with his friends during his lifetime. Eugenia had inserted these messages into the neural network to simulate Roman’s speaking pattern and to give relevant and at the same time Roman-like answers to the questions that were being asked. For example, when an acquaintance asked the mourner, “Is there a soul?”

Sorrows are not meant to replace lost loved ones

Roman Swearing was a personal project that only Roman friends and acquaintances could use; But now the HereAfter AI platform allows anyone who wants to make a bolder and more purposeful digital footprint after death to record their memories for future access and achieve some kind of eternal life.

The HereAfter AI‌ platform, an artificial intelligence of the afterlife, is an individual project called James Wallach The idea is rooted in his motto called Dadbot. Velahus designed and developed Dadbot to keep alive the memory of his father, who died of cancer in 2017. Prior to his father’s death, Velahus had been recording stories from his life for months before later translating them into interactive artificial intelligence that spoke to him in his father’s voice.

Wallachus described Dadbot as a “transformative experience” that brought deep peace of mind to him and his family. “This mourning did not replace my father,” he said. “But he left a very valuable path for us to remember.”

Dadbot technology is now embedded in the HereAfter AI‌ platform. This platform allows the deceased to continue living in the form of a “Life Story Avatar”. Survivors can talk to their departed voice avatars via a smart speaker or mobile or desktop app, and the avatar uses them to tell or memorize pre-recorded stories through Alexa-like voice recognition technology.

The HereAfter AI‌ platform is one of several startups that promise digital immortality through chats, artificial intelligence, and holograms. This technology may have reminded you of the episode “I’m coming back now” (2013) from the second season of the Black Mirror series, in which a young woman named Martha After losing her fiancé named اَش In an accident, he registers in a system that, by collecting all the videos and online information of the deceased, revives him with his own voice in the form of artificial intelligence.

This digital avatar, which imitates her character with astonishing accuracy, first sends text messages only to Martha. He later simulates her voice and talks to Martha on the phone. So far, everything seems to be going well, until Martha decides to use the upgraded service of this system, which puts her character in the body of an Android like her, and this is where the problems and the dark side of this technology are depicted.

Some people no doubt resent the thought of being associated with a virtual copy of their lost loved ones, and believe that in order to cope with their vacancy, they must allow the passage of time to erase the burden of grief by erasing memories. However, others believe that death is oblivion, and if there is a way to always remember someone and talk to him and sit in his heart, then the concept of death loses its heavy and bitter meaning.

Velahus naturally belongs to the second category. “It is comforting for me to be able to hear my father’s voice whenever I want,” he says. “That way, his presence is more tangible to me.”

To join the HereAfter AI‌ platform and become a “Life Story Avatar”, all you have to do is register and be active. When you open the app, a chat will ask you questions about your life and then record your answers to simulate the tone and tone of your voice and give your memories a mood of your character. You can even upload photos on this platform related to the memories you define.

Capturing diaries on HereAfter AI‌ is free, but accessing them costs $ 49 a year

Once your digital avatar has been created on this platform, users who have paid to access your avatar can ask for this avatar to be answered with your voice; What are questions like the first memory you remember? How did you meet your mother? What is the most precious moment of your life?

Registering your life story on this platform is free; But the cost of sharing these avatars with family and friends starts at $ 49 a year, and there is an option to download all the recorded audio files for $ 95. “Although audio files are stored in HereAfter AI, the platform does not distribute them anywhere else and does not sell them to advertising companies,” says Velahous.

If you find it difficult to understand the purpose and function of HereAfter AI, you can look at it as a diary app that stores what happened in your life and later others can access and “talk” to those memories; However, even Wallachus himself admits that “talking” to these avatars is still far from what we expect.

Velahous emphasizes that he intends to add more ability to discern conversation details to later versions of HereAfter AI chats. He adds: “Conversational artificial intelligence technology is still in its infancy; “But the overall structure of the dialogue and the receiving and sending of messages has been added to it and is no longer one-sided.”

In addition to enabling you to chat with the dead, this platform is a way to organize and organize memories. In the past, we used to record our memories on videotapes that did not have a specific order, and it was possible that over time, the information recorded on these tapes would be distorted or the tape itself would be lost in movement or movement; But now a platform like HereAfter AI provides a better way to categorize and easily thematically access our memories.

According to Valahous, the “artificial intelligence of life after death” platform has several hundred users so far. One of these users called سمیتا شاه, To record and retain the best-selling stories he heard as a child from his 92-year-old father and 86-year-old mother, he has registered on this website so that he can talk to them when he is not available.

“They live in India and I live in Canada,” he said. “But despite the time difference, I can talk to them whenever I want, and I hope that the next generation will always remember their roots and origins with the help of these stories.”

The HereAfter AI platform does not promise to alleviate the burden of grief or to replace lost loved ones; Rather, it seeks to establish a connection between the departed and those who have been missed, as well as those who have never seen them.

“One of the fears we have about death is the fear of losing memories,” says Woolhaas. It means the fear that over time, these memories will fade and disappear. Artificial intelligence technology is not going to eliminate the pain and grief of death either; “It’s the only way to make it clearer, more interactive and richer by recalling memories.”

What do you think about Zomit users and the possibility of “chatting with the dead”? Are you willing to sign up for the HereAfter AI platform so that future generations can talk to your voice avatar in your absence? Should the secret of eternal life be explored in the digital world?

According to reports, Instagram has two billion active users; But he probably will not accept it 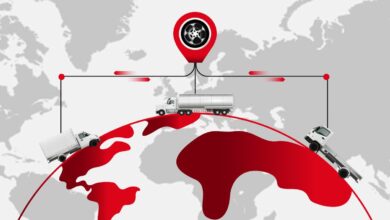 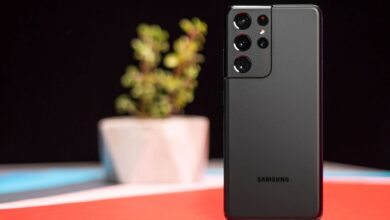 The flagship market is growing faster than the overall smartphone market 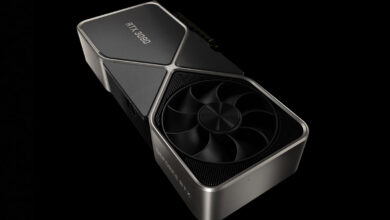 Google Hangouts will be discontinued this fall