2021 was a good year for Samsung and its fans. The Galaxy Z Flip 3, Galaxy Z Fold 3 and, of course, the Galaxy S21 Ultra, despite their very high price tag in the Iranian market, performed brilliantly in the Zomit reviews and were able to obtain the satisfaction of the buyers of these flagship phones.

We are only a few months away from the launch of the next generation of the Galaxy S series, and the flagship phone market is eagerly awaiting another successful product from the Koreans. While retaining all the good features of the previous generation, the Galaxy S22 series uses a more powerful processor and brings features that were once unique to the Note to the Ultra model.

According to tradition, Samsung will offer its 2022 flagships in three models: Galaxy S22, Galaxy S22 Plus and Galaxy S22 Ultra. The standard and Pro models are very similar to the previous generation, but the Ultra model has a completely new design that is somewhat reminiscent of the Galaxy Note series, and is considered to be Samsung’s most exciting 2022 phone. Official information about the Galaxy S22 Ultra has not been released yet, but the market of revelations and rumors is very hot and it has well reflected the expectations from this luxury phone. While leaked images from the standard and plus versions of Samsung’s upcoming flagship phone suggest a design almost identical to the S21 series, the S22 Ultra seems to come with a different design from the other two models. In this Galaxy Note style phone, there is no news about the rounded corners of the other two models, and it looks more rectangular compared to them.

Apparently, the back cover of all S22 series models will be made of frosted glass (Gorilla Glass Victus). The camera module in the S22 Ultra is not protruding, but the different lenses of this phone are islanded and separated in the shape of the letter P on the left side of the frame. The S22 Ultra will support the S Pen stylus, and reports suggest that it will have a port on the lower left edge of the chassis. Unfortunately, no information is available on possible new features and the differences and similarities between this pen and the previous generation S Pen.

On all Samsung S-Series models, the display always comes first, and expectations for the S22 Ultra display are very high. Now that OnePlus’s future flagship display is equipped with Samsung’s LTPO 2.0 panel with variable refresh rate support, the Galaxy S22 is expected to come with the same advanced technology that allows the display to be refurbished at rates ranging from 1 to 1, depending on user needs. Update 120 Hz. Samsung Galaxy S21 had one of the best camera modules among the smartphones in the world market and its ultra model in the Zomit list to introduce The best photography phones suitable for the Iranian market have a special place. The S22 series continues the same successful path and is expected to easily show one of the best photography experiences among the 2022 handsets.

According to the leaked specifications of the S22 Ultra camera module, the phone benefits from a 108-megapixel main sensor (probably an GN2‌ isocell), two 12-megapixel telephoto sensors (2 megapixels more powerful than the previous generation), and a 12-megapixel 1-megapixel camera. While the standard and plus S22 models will have a weaker 50-megapixel main camera, the telephoto and ultraviolet sensors will be similar to the Ultra model. The selfie camera will probably be 40 megapixels, which will be significantly different from the 10 megapixel selfie camera of the other two models.

The leaked information also indicates the presence of optical image stabilization (OIS) in the ultraviolet lens, which prevents images from fading, especially in the dark. The S22 Ultra is said to have an “option” in its camera app.Highlight detailsIt can take better photos and improve the detail of macro photos using the multi-frame process.

Although the S22 Ultra camera module is much better than the standard and plus models in this series, it is not much different in terms of hardware compared to the previous generation, and it is likely that there will be major differences in photo processing and artificial intelligence. The Galaxy S22 will most likely depend on the region, or on a new chip The Snapdragon 8 generation will be equipped with either the Exynos 2200 with AMD graphics processor.

Like the previous generation, it will likely offer at least 12GB of RAM and 128GB of storage; Of course, the 8 GB model of RAM has also been seen in benchmark tests. Since the S21 series did not support microSD memory, this support is unlikely to be added to the S22 series. It is also rumored that the Galaxy S22 Ultra will be similar to the iPhone 13 with 1TB of storage to meet the needs of those interested in 8K video recording.

All S22 models will definitely be compatible with 5G and will have fast charging and wireless charging capabilities. According to Samsung, unfortunately the charging cable will not be included in the box; A bad tradition that Apple innovated with the iPhone 12 and continued with the 13 Series.

According to rumorsThe Galaxy S22 Ultra will feature a 5,000 mAh battery and 45-watt fast charge capability, which Samsung introduced with the S20 series two years ago, but suddenly dropped from the next generation. However, some sources have stated that the S22 Ultra will charge 15 watts similar to the standard and Pro models.

A comparison of the possible technical specifications of the standard model, Plus and Ultra Galaxy S22 of Samsung can be seen in the table below: Given that the Galaxy S21 series has received a steady update to Android 12, there is no doubt that Samsung’s latest handsets will also be based on Android 12 and the One UI 4 user interface. Unfortunately, we still do not know about the changes and new features of this popular operating system that Samsung is considering for its future flagship. But given that the S Pen will now fit directly into the S22 chassis itself, it would be nice if Samsung could introduce a special app or tool to get the most out of the S Pen.

Since Android 12 is now available for some phones and more devices will receive this update soon, we almost know what software experience we are going to have with the S22. As the One UI 4 review As we mentioned, Samsung has combined the best features of its proprietary user interface with the best features of Google’s latest operating system to provide a satisfying user experience. For example, One UI 4, like the Pixel user language called Material You, uses a color theme matching the device based on the selected wallpaper; The Privacy Dashboard informs the user of more details of the access level of all applications; And in the photo editing section, the Object Eraser option similar to Magic Eraser in the Pixel 6 series allows the user to remove various elements and objects from the photo after shooting. The Android 12 experience and the One UI 4 user interface will undoubtedly be very exciting for users of older Galaxy S phones. Samsung’s software support is great these days, too, and may be able to attract some Pixel users.

To learn more about the new features and changes of Android 12 Series, check out Zomit from this popular operating system. Samsung introduced the Galaxy S21 Ultra in January 2021, a little earlier than the Galaxy S series schedule. Prior to 2021, Samsung planned to introduce the Galaxy S family in February and then in March.

Samsung finished last year with the S21 series, and it makes sense to expect a lot from the S22 family as well. However, there is no significant difference between the two series, and people who have just upgraded their phone to the S21 may not be interested in buying this new phone. But if you are still using the Galaxy S10 and have enough money to buy a new phone, this year will be a good time to upgrade to the S22 series. 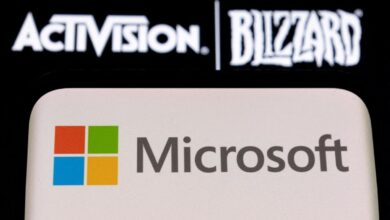 Another obstacle to buying Activision Blizzard; The European Union is coming! 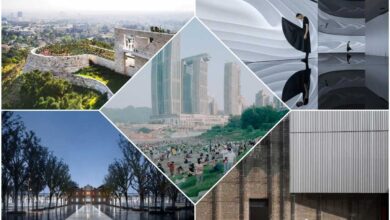 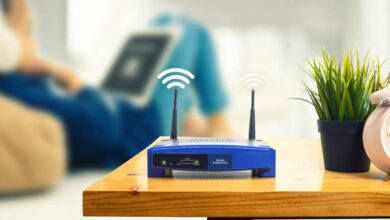 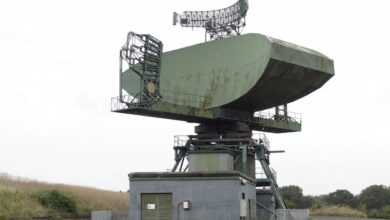