Superconductors are vital materials that, when cooled to a certain temperature without any resistance, can conduct electricity and reduce energy consumption. This is inevitable and crucial in a world that needs to reduce energy consumption more than ever. Superconductors reveal quantum properties on the scale of everyday objects, making them attractive candidates for building computers that take advantage of quantum physics to store data and perform computational operations.

Given the above, superconductors are very important components for the development of functional quantum computers, and thus, a large range of research has been focused on creating new quantum innovations in this field. Researchers are now said to have discovered a new superconductor that could be described as a turning point in advancing quantum goals. It is interesting to note, however, that the superconductor was predicted in the 1960s; But researchers have not been able to prove it before. In addition, scientists have found that the same material could potentially be manipulated to represent another equally bizarre form of superconductivity.

In general, superconductivity detection of finite momentum in a layered crystal known as a natural superlattice means that the material can be optimized to create different superconducting patterns in a sample, and this in turn can have positive consequences for … It is also expected to become an important tool for exploring the mysteries of unconventional superconductors and useful for new quantum technologies.

It is very difficult to design such technologies; Because it is difficult to study the materials that make them up. Joseph Chekelsky, The main researcher and operator of the project and associate professor of physics, says in this regard:

The important point of our research is that new physics is derived from new materials. Our initial report last year was the discovery of this new matter, which gives rise to new physics.

In general, classical physics can be used to explain any number of underlying phenomena in our universe as long as they are extremely small. Subatomic particles, such as electrons and quarks, behave differently, and many of these behaviors are not yet fully understood. In the meantime, there is quantum mechanics; The field that tries to explain the behavior and its effects.

Chekelsky and his colleagues discovered a new quantum material that demonstrates the strange properties of quantum mechanics on a microscopic scale! In fact, it is a matter of superconducting; The same component that can change the game for a rich quantum world and the processing machines based on it.

Chekelsky says that the recent discovery of special superconductors that are two-dimensional or only a few atomic layers thick has flourished, and that these superconductors have come to the fore; Because they themselves are thought to provide insight into better understanding of superconductors.

In the meantime, it is natural that there are problems in this direction. For example, materials with only a few atomic layers of thickness are difficult to study because of their fineness. The newly discovered material of Chekelsky et al. Can be considered the superconductivity equivalent of a layered cake, one of the layers of which is a very thin layer of superconducting material; The next layer, on the other hand, is a very thin spacer layer that protects it. Stacking these layers together creates a large crystal that occurs naturally when the constituents of sulfur, niobium, and barium are heated together.

“The mentioned microscopic crystal that we can hold behaves like a two-dimensional superconductor, and that sounds really amazing,” says Checkelsky. Many of the sources that scientists use to study two-dimensional superconductors are problematic for use in thin atomic materials; But because the newly discovered material is so large, more tools are now available to scientists to describe such cases.

We have already talked about the importance of superconductors, and now it is not bad to know about their strange properties. A superconductor carries a charge in a certain way, and instead of one electron, the charge is connected to two electrons and is transported as a pair of Coopers. Of course, not all superconductors are the same: some unusual forms of superconductivity only appear when Cooper pairs can travel unimpeded between materials over relatively long distances. The greater the distance, the clearer the material.

The materials used by چekleski’s team are very clear; As a result, physicists are excited to see if they may exhibit an unusual superconducting state. Chekelsky’s team shows that their new material is a superconductor of finite momentum with the application of a magnetic field. This is the kind of superconductivity that was discovered in the 1960s and has remained a mystery until now.

While superconductivity is usually destroyed by medium magnetic fields, finite-momentum superconductors can survive by forming a regular pattern of regions with large numbers of Cooper pairs and regions with none. It seems that this type of superconductor can be manipulated to create a variety of unusual patterns; Because Cooper pairs move between quantum mechanical circuits known as Lando surfaces. This means that scientists must now be able to create different patterns of superconductivity in one material. “This is what Chelsky says:

This is a stunning experiment that can show Cooper pairs moving between Lando surfaces in a superconductor; Something not seen before. To be honest, I never expected to see this in a crystal that you can hold.

Kyle ShenTo observe this elusive effect, researchers have been forced to make difficult, high-precision measurements on the unique two-dimensional superconductors they have previously discovered, says Cornell University professor of physics. In addition, physicists have found that their materials have the materials needed for another strange type of superconductivity. Topological superconductivity involves the movement of charge along edges or boundaries. In this case, it can then move along the edges of any internal superconducting pattern.

The project team is said to be currently working to see if their material is really capable of topological superconductivity. It may be interesting to note that a very rare topological superconductor called LaPt3P has recently been discovered through muon rotation calming experiments and extensive theoretical analysis, which is a very rare achievement and of extraordinary value for the future of quantum computing.

Why is it harder for some people to be happy? 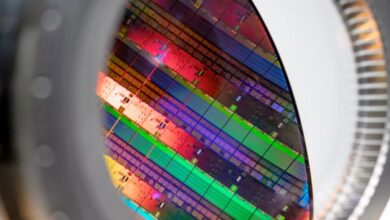 Japan is building a research center for the development of 2nm lithography with an investment of 2.38 billion dollars 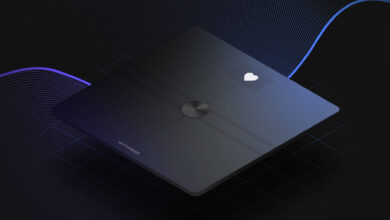 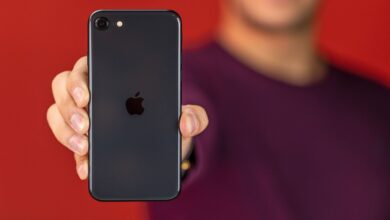