Xiaomi ended 2021 with the introduction of its latest flagships and prepared for a close competition with other competitors in 2022. The company’s new flagships, now known as the Xiaomi 12, are set to enter the arena of competition with the big smartphones with upgraded and new hardware. In this article, we will try to compare the specifications of Xiaomi 12 and 12 Pro phones with the previous generation, namely May 11 and May 11 Pro.

Xiaomi 12 and 12 Pro phones are equipped with 8th generation Snapdragon chips this year. Unlike last year, Xiaomi failed to be the first company to use Qualcomm’s latest flagship chip in its flagships; But it is not going to miss out on the benefits and improvements of the new chip. The new Snapdragon chip is based on 4nm lithography and Armv9 architecture, and increases graphics rendering capability by 30% and reduces energy consumption by up to 25%. The seventh-generation artificial intelligence engine performs five times better than the previous generation, and the sampling capacity of the chip’s 18-bit image processor (ISP) engine has been increased 4,096 times. Both Xiaomi 12 and 12 Pro are equipped with 6400 Mbps LPDDR5 RAM and the data transfer rate of UFS 3.1 storage memory of these phones reaches 1450 MB / s, which is an increase compared to the previous generation. To ensure performance stability, the Xiaomi 12 and 12 Pro use a steam chamber cooling system (VC soaking plate) Used to reduce the temperature of the chip.

Xiaomi 12 and 12 Pro are equipped with an AMOLED display with a refresh rate of 120 Hz, which received a + A rating from DisplayMate. The screens of both phones are protected by Gorilla Glass Victus and support the HDR10 + and DolbyVision standards, and are also integrated with the monitor’s fingerprint sensor. The standard Xiaomi 12 has a smaller display compared to its predecessor; Its size has been reduced from 6.8 to 6.28 inches. This can be a good thing for fans of compact and compact handsets on days when most manufacturers are not content with sizes below 6.7 inches. The screen resolution of this model is 2400 by 1080 pixels, which is a decrease compared to the display resolution of 3200 by 1440 pixels of the previous generation; But due to the reduced size of the screen is eye-catching. What sets the Xiaomi 12 Pro apart from the standard model in the display is the use of Samsung’s second-generation LTPO E5 panel with a resolution of 3200 x 1440, 480 Hz touch sampling rate and lower power consumption. The 6.73-inch screen brightness of this phone is 1000 nits when HBM (maximum brightness) is enabled; But Xiaomi has said that the brightness of this phone can reach up to 1500 nits.

The very low bezels of the Xiaomi 12 Pro display make it use the new technology for the light sensor in this phone, and for the first time, the light sensor under the display made by Goodix company to control the amount of screen light in different lighting conditions made its way to Xiaomi flagships. has found. The technology used in this sensor makes it possible to measure light by the color temperature detection mechanism of ambient light, and in addition, helps to improve the image quality by minimizing the interference of the display light with the camera lens. This sensor offers other capabilities such as the possibility of very accurate measurement of color temperature and ambient brightness at the hardware level and also plays the role of proximity sensor.

Two Xiaomi 12 models use a triple camera layout on the back panel; But the difference is determined by the type of sensor and the lens used. In the standard model, a 50-megapixel main camera with sensor The IMX766, 1.28 inches in diameter, comes with optical image stabilization, a 13-megapixel ultra-wide camera and a 5-megapixel camera for capturing macro images. In addition to hardware advancements, Xiaomi has also upgraded the series’ capabilities and functions in the field of photography. In the Xiaomi 12, with the use of a new computing algorithm, the shooting speed is increased and the shutter delay is significantly reduced. In addition, in the field of artificial intelligence and machine learning, these phones are equipped with intelligent visual tracking capability that can focus on multiple subjects simultaneously and quickly analyze the subject’s features in terms of shape, angle and color, and quickly identify moving subjects.

Xiaomi has used a 4600 mAh single-cell battery in the 12 Pro model with the ability to support 120-watt wired and 50-watt wireless charging. The reason for this is the improvement of fast charging technology to reduce the damage to the battery when charging at high speeds. To do this, Xiaomi has used a new chip called the Surge P1 in the 12 Pro model, which makes it possible to take advantage of the single-cell architecture.

In fact, instead of relying on five air pumps with series or parallel circuits, which ultimately increase the total temperature of the device, Xiaomi used two of these chips to provide the necessary current to charge the device at maximum power and reduce the output heat by up to 30%. Is. However, Xiaomi has also made it possible to disable fast charging to reduce users’ worries about battery life. In addition to this advantage, the 12 Pro battery is single-cell, which has a capacity of 400 mAh compared to dual-cell batteries of the same size.

Xiaomi 12 and 12 Pro will be available in three different versions in terms of configuration with 8 or 12 GB of RAM and 128 or 256 GB of storage and in black, blue and pink with a dedicated green color.

Digital heritage; With Apple Digital Legacy, you no longer have to bury your data with you 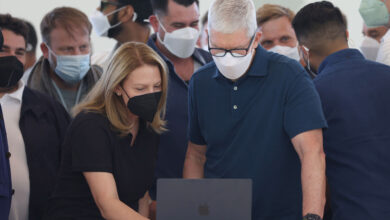 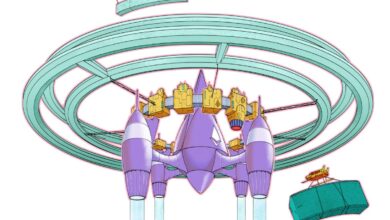 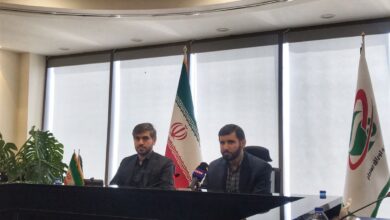 star system; A way to develop the field of term payments