At CES 2022, the Taiwanese tech giant unveiled the latest gaming laptops, the Predator Triton 500 SE, the Predator Helios 300, and the Acer Nitro 5, with new Intel processors and new Nvidia graphics and graphics. Nitro 5 is the only model that, in addition to the twelfth generation of Intel, will be available with 600 series processors.

Let’s start with the Predator Helios 300, which will be available with the twelfth generation Core i7 and Core i5. The processors, which are based on Intel Alder Lake, were first introduced in the desktop version in the fall of 2021. The twelfth-generation Intel CPU is housed in the Helios 300 with 32GB of DDR5-4800 RAM, one of the first laptop transitions from DDR4 RAM to the new generation.

Graphics processing in the Helios 300 is the responsibility of one of Nvidia’s new graphics, the GeForce RTX 3070 Ti and RTX 3080. Thanks to these GPUs, the pixels with QHD resolution are placed on a 15.6-inch screen with a maximum refresh rate of 165 Hz; Of course, Acer has other models with a larger 17.3-inch display that offer users QHD settings at 165 Hz or FHD at 144 Hz.

Options available to customers include up to 1TB SSD and ports including HDMI 2.1, Thunderbolt 4 and USB-A. The wireless connection is via 6E Wi-Fi, and with Acer’s fifth-generation AeroBlade 3D cooling system and dual fan, the temperature of this device is always under control. RGB lights are also intended to personalize and diversify the appearance of this mobile computer.

Helios 300 with admirable specifications and attractive appearance is suitable for those gamers who want to enjoy computer games at a lower cost. It is worth mentioning that this laptop will be available in two models, 15/6 and 17/3 inches, with a base price of 1649 and 1749 dollars, respectively, in May (May 1401). The Acer Triton 500 SE gaming laptop will boot up to 32GB of DDR5-5200MHz RAM and up to 4TB of new SSD storage in 2022 with the use of the twelfth generation of Intel Core i9 processors, Nvidia’s RTX 3080 Ti graphics.

In terms of design, we should be happy that this laptop has not changed much compared to its previous generation and is still very beautiful and suitable for game lovers. Also, the Triton 500 SE, despite its incredible processing power, is only 19.05 mm thick and weighs about 2.5 kg, and among the Acer 2022 gaming laptops, it looks normal, and like the other two laptops, it may not be easy to gaming in appearance. It realized. The new version of Acer’s most popular economy laptop has undergone changes that, at first glance, are noticeable differences; Where the design in the previous model uses science-fiction sensibility and in the 2022 model, cyberpunk-inspired engravings are seen in red, blue and green; Of course, this design may be beautiful for some users and unpleasant for others.

Another part of the change has taken place inside this laptop; Where the cooling system is dual fan with inputs at the top and bottom of the chassis with four different outputs. Acer claims that thanks to this cooling system, it should not be overheated.

Although the Acer Nitro 5 is an economical gaming laptop, it offers great features such as Intel’s 12th generation Core i processors or 6,000 series processors. RTX 3070 Ti graphics and up to 32 GB of DDR4 RAM can also be options for this laptop.

If you are a fan of modern technology, you will probably remember that Intel and laptop versions were generally different in terms of basic features, which sometimes made users more inclined to Intel versions; But this is not the case with the Acer Nitour 5. beautiful beards; Participants of the 2022 beard and mustache competition 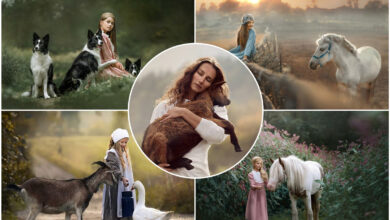 Photographs inspired by the connection between humans and animals 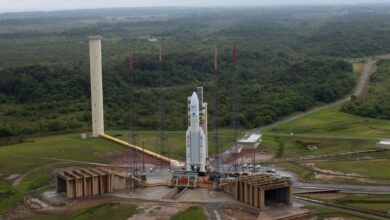 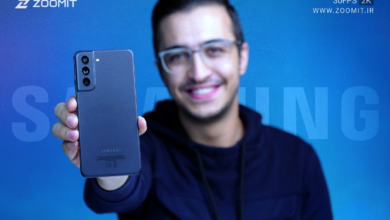 A closer look at the Galaxy S21 FE 5G