When it comes to inventors, the brothers Wright and Alexander Graham Bell and Thomas Edison may be the first letters that come to mind for many of us. Many people with their inventions in various fields and their introduction, advanced science and knowledge and changed the lives of all of us.

Meanwhile, there were many inventors who were not as lucky as the well-known inventors and fell victim to these machines before the introduction of their invention. In this article, we will get acquainted with 9 inventors who lost their lives in this way. Franz Reichlett (Franz Reichelt) or “Bird Tailor” was an Austrian tailor living in France in the early twentieth century. He was skilled in parachuting and parachuting, and with a few pieces of cloth tied together with wire, he designed a special parachute coat.

He successfully tested the coat several times with a puppet from the fifth floor of his apartment, and then, in an attempt to patent himself, asked the Paris police for permission to conduct a test flight from the Eiffel Tower.

Finally, in 1912, he obtained a license and was so confident in the success of his flight that he invited the local press to film the event. Reichelt was to test his test flight from the top of the Eiffel Tower first with a test doll; But when he reached the top of the tower, he announced that he intended to go down with it himself.

It is clear that the situation did not go according to Reichlett’s wishes and he fell from a height of 57 meters and died almost immediately after the fall. The video of this event contains some heartbreaking scenes that are not recommended for sensitive people: William Bullock (William Bullock) is an American inventor who lived in New York in the mid-nineteenth century and is known as the father of the modern printing press. In 1863, Bullock designed a fast printing press that dramatically reduced printing time and labor. The Bullock printing press consisted of a large number of moving parts and could print approximately 12,000 sheets per hour. This invention revolutionized the printing industry, and its only problem was its insecurity.

Several years after the printing press was invented, while mounting a copy for the local Philadelphia newspaper, Bullock got stuck in one of the presses and was severely injured. Bullock’s injured leg contracted gangrene a few days later, and the inventor died nine days after the accident during amputation surgery. On July 24, 1921, he went to Tula from Moscow with a group of international representatives to test his invention. There was no problem in the journey; On the way back, however, the Aerovagon derailed, killing seven of its 22 occupants, including 25-year-old Arbakovsky. Max Wallier (Max Valier), Austrian physicist and one of the inventors of the Opel-RAK, was the first rocket aircraft in the world to be very interested in missiles. He first started working on static engines and then turned to ground-based vehicles that work with missiles. Wallier, in collaboration with Opel, built the world’s first rocket vehicle, and soon succeeded in building a liquid-fueled rocket. He continued to build missile aircraft; But his activity in this field was very short; Because he died on May 17, 1930 (May 27, 1309) due to the ignition of an alcoholic rocket engine on his test table in Berlin and its explosion. Thomas Migli Jr. (Thomas Midgley Jr.) was a Pennsylvania-based mechanical engineer known for producing lead used in leaded gasoline; For this reason, from an environmental point of view, he is known as the inventor who has done the most damage to the environment.

To prove the safety of leaded gasoline, Migli poured gasoline on his hands at a press conference and inhaled it for 60 seconds; But he was poisoned with lead. Lead gas was a serious public health hazard and was finally officially banned from road use in 1996. However, lead poisoning was not the cause of Migli’s death. The inventor contracted polio at the age of 51 and invented a pulley and rope system to lift his body off the bed; But on November 13, 1944, at the age of 53, he got stuck in this system and died due to suffocation due to getting stuck in the threads. Henry Smolinsky (Henry Smolinski) was a trained engineer whose unsuccessful experiments with other aircraft engineers did not stop him from trying to build a combination of a car and an airplane.

In 1973, he combined the rear of a Cessna Skymaster with a Ford Pinto to design a prototype of the vehicle, called the AVE Mizar. The result was a flying machine, which you can see in the picture below: Henry Smolinsky planned to mass-produce AVE Mizar in 1974; Unfortunately, on September 11, 1973, during a test flight in California, one of the wings of this flying machine detached from its body, and this inventor lost his life when his invention fell. Marie Curie (Marie Curie) is one of the world’s leading physicists and chemists who, in addition to discovering the two elements radium and polonium with the help of her husband, revolutionized martial medicine forever by creating the first mobile radiology device. Mobile radiographs, such as X-ray machines in large hospitals, helped to quickly image bullets or debris inside the wounded on the battlefield.

Cory’s invention saved countless lives; But in the end it led to his own death. He died on June 4, 1934, of anemia due to exposure to radiation (aplastic anemia). At that time, the danger of radioactive radiation was not yet fully understood.

Alexander Bogdanov (1873-1928); One of the pioneers of blood transfusion In 1924 (1303), in an attempt to achieve permanent youth, this physician began experiments on blood transfusions and exchanged his blood with some of his patients. He claimed that his hair loss had stopped and that his eyesight had improved.

Four years later, on April 7, 1928, Bogdanov completed his final experiment. In this experiment, he exchanged his blood with the blood of a medical student with malaria and tuberculosis. The affected student recovered completely after the transfusion; But Bogdanov died shortly after the experiment. John Day (John Day) was an English carpenter who was the first to die from a submarine sinking. In 1774 (1153), the carpenter built a motorless wooden diving chamber that was to last a full 12 hours at a depth of about 40 meters underwater. Dee named it “Maria” and prepared his invention for testing on July 22 of that year at a place north of Drake Island in England. He went into a wooden diving room with some weights attached to it with some water and biscuits and a candle. The boat sank forever in the depths, making it the first fatal submarine recorded.

In your opinion, what has the sacrifice of these 9 instigators achieved for the world today? What other inventors do you know who have fallen victim to their invention?

Snapdragon vs. Exynos, MediaTek and Tensor; Does it matter which chip your phone is equipped with?

Why do we grit our teeth? - زومیت 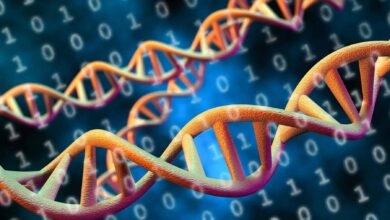 Why are hard drive manufacturers investing in DNA data storage? 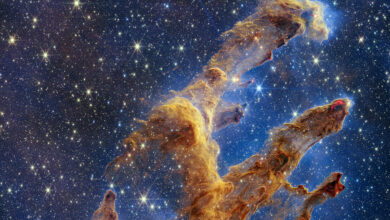 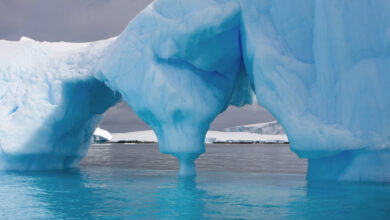 Warm waters are moving towards the largest ice sheet in Antarctica 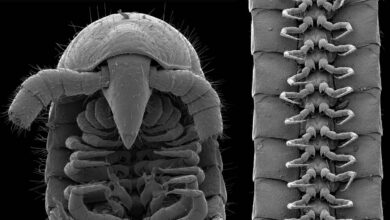